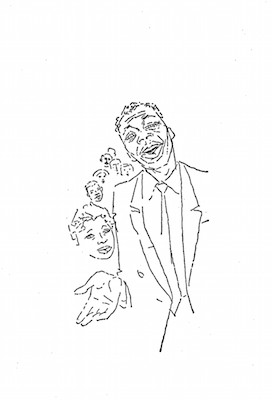 Illustration by Bernhard Nast, from "The Best of Simple by Langston Hughes".

A couple of days ago, I thought about including a literary author in my Website offerings. I was at a lost for who it should be, but then I remembered that in my youth I always had a fascination for Langston Hughes’ Simple stories. So I began reading some of Simple’s stories. I found “Coffee Break” interesting. “Interesting”, not base on what the obvious content is all about, but by one single word Simple utters: “Reintegration”. If one looks at Harlem and the many communities similar to Harlem, “Reintegration” is exactly what is happening today. You may ask, “Well, what’s your point?” I think it’s interesting to find the “Reintegration” idea tucked away in a 1965 Langston Hughes’ piece, and to see, in real time, the irony or consequences of the idea.

‘My boss is white,’ said Simple.

‘And being white and curious, my boss keeps asking me just what does THE Negro want. Yesterday he tackled me during the coffee break, talking about THE Negro. He always says ‘THE Negro,’ as if there was not 50-11 different kinds of Negroes in the U.S.A.,’ complained Simple. ‘My boss says, ‘Now that you-all have got the Civil Rights Bill and the Supreme Court, Adam Powell in Congress, Ralph Bunche in the United Nations, and Leontyne Price singing in the Metropolitan Opera, plus Dr. Martin Luther King getting the Nobel Prize, what more do you want? I am asking you, just what does THE Negro want?’

‘Well,’ says my boss, ‘you represent THE Negro.’

‘Ralph Bunche represents you, then,’ says my boss, ‘and Thurgood Marshall and Martin Luther King. Do they not?’

‘I am proud to be represented by such men, if you say they represent me,’ I said. ‘But all them men you name are way up there, and they do not drink beer in my bar. I have never seen a single one of them mens on Lenox Avenue in my natural life. So far as I know, they do not even live in Harlem. I cannot find them in the telephone book. They all got private numbers. But since you say they represent THE Negro, why do you not ask them what THE Negro wants?’

‘I cannot get to them,’ says my boss.

‘They do not drink in my bar, neither,’ I said.

‘Don’t Wilkins and Farmer live in Harlem?’ he asked.

‘Not to my knowledge,’ I said. ‘And I bet they have not been to the Apollo since Jackie Mabley cracked the first joke.’

‘I do not know him,’ said my boss, ‘but I see Nipsey Russell and Bill Cosby on TV.’

‘And Moms Mabley has a story on one of her records about Little Cindy Ella and the magic slippers going to the Junior Prom at Ole Miss which tells all about what THE Negro wants.’

‘What’s its conclusion?’ asked my boss.

‘When the clock strikes midnight, Little Cindy Ella is dancing with the President of the Ku Klux Klan, says Moms, but at the stroke of twelve, Cindy Ella turns back to her natural self, black, and her blonde wig turns to a stocking cap – and her trial comes up next week.’

‘A symbolic tale,’ says my boss, ‘meaning, I take it, that THE Negro is in jail. But you are not in jail.’

‘Anyhow, you claim you are not THE Negro,’ said my boss.

‘Then what do you want?’ asked my boss.

‘Me?’ yells my boss. ‘I have not got you in jail. Why, boy, I like you. I am a liberal. I voted for Kennedy. And this time for Johnson. I believe in integration. Now that you got it, though, what more do you want?’

‘Meaning by that, what?’

‘That you be integrated with me, not me with you.’

‘Do you mean that I come and live in Harlem?’ asked my boss. ‘Never!’

‘You are adjusted to it,’ said my boss. ‘But there is so much crime in Harlem.’

‘There are no two-hundred-thousand-dollar bank robberies, though,’ I said. ‘of which there was three lately elsewhere – all done by white folks, and nary one in Harlem. The biggest and best crime is outside of Harlem. We never has no half-million-dollar jewelry robberies, no missing star sapphires. You better come uptown with me and reintegrate.’

‘Negroes are the ones who want to be integrated.’ said my boss.

‘And white folks are the ones who do not want to be,’ I said.

‘That is what THE Negro wants,’ I said, ‘to remove that point.’

‘The coffee break is over,’ said my boss. 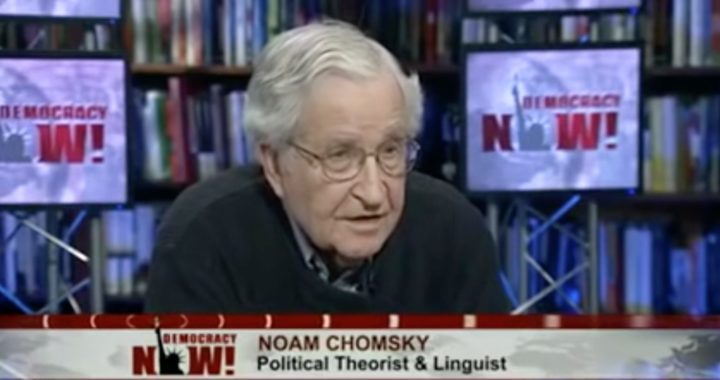 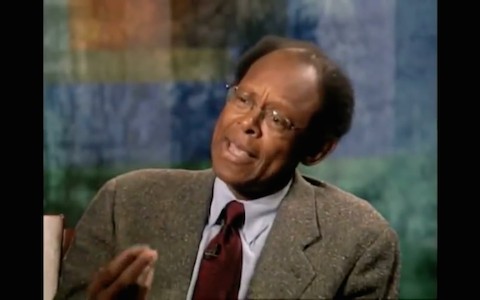 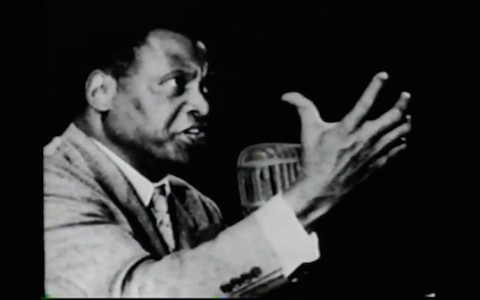 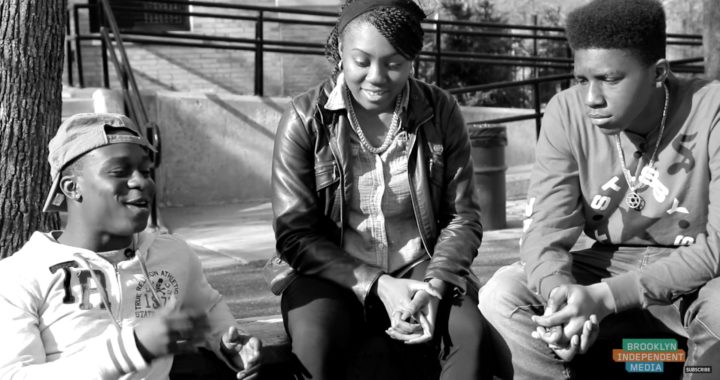