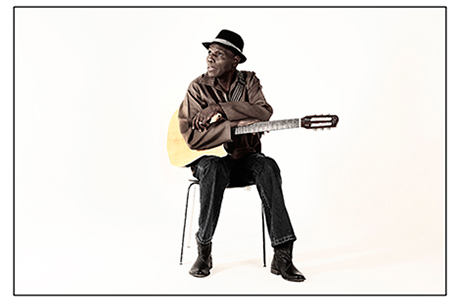 Gifted with a deep, gutsy voice and a talent for writing songs that reflect on the daily life and struggles of the people of his homeland, Oliver “Tuku” Mtukudzi is one of Zimbabwe‘s greatest artists. His mix of pan-African influences and cosmopolitan pop forms has become widely known as Tuku Music. Featuring strong socio-political themes driven by a desire to see the world conquer hate, fear and greed, the band’s most popular tracks promote tolerance and non-violence including “Tozeza Baba” and “Ngoromera”. Bonnie Raitt, who has recorded several of his songs, explained, “The juxtaposition of what Mtukudzi sings about and his raw, imploring, vocal reminds me of Otis Redding and Toots Hibbert, an odd pairing of agonizing, thorny lyrics over lighthearted music.” His 2008 performance at the Celebrate Brooklyn! Festival was an unforgettable joyous dance party.