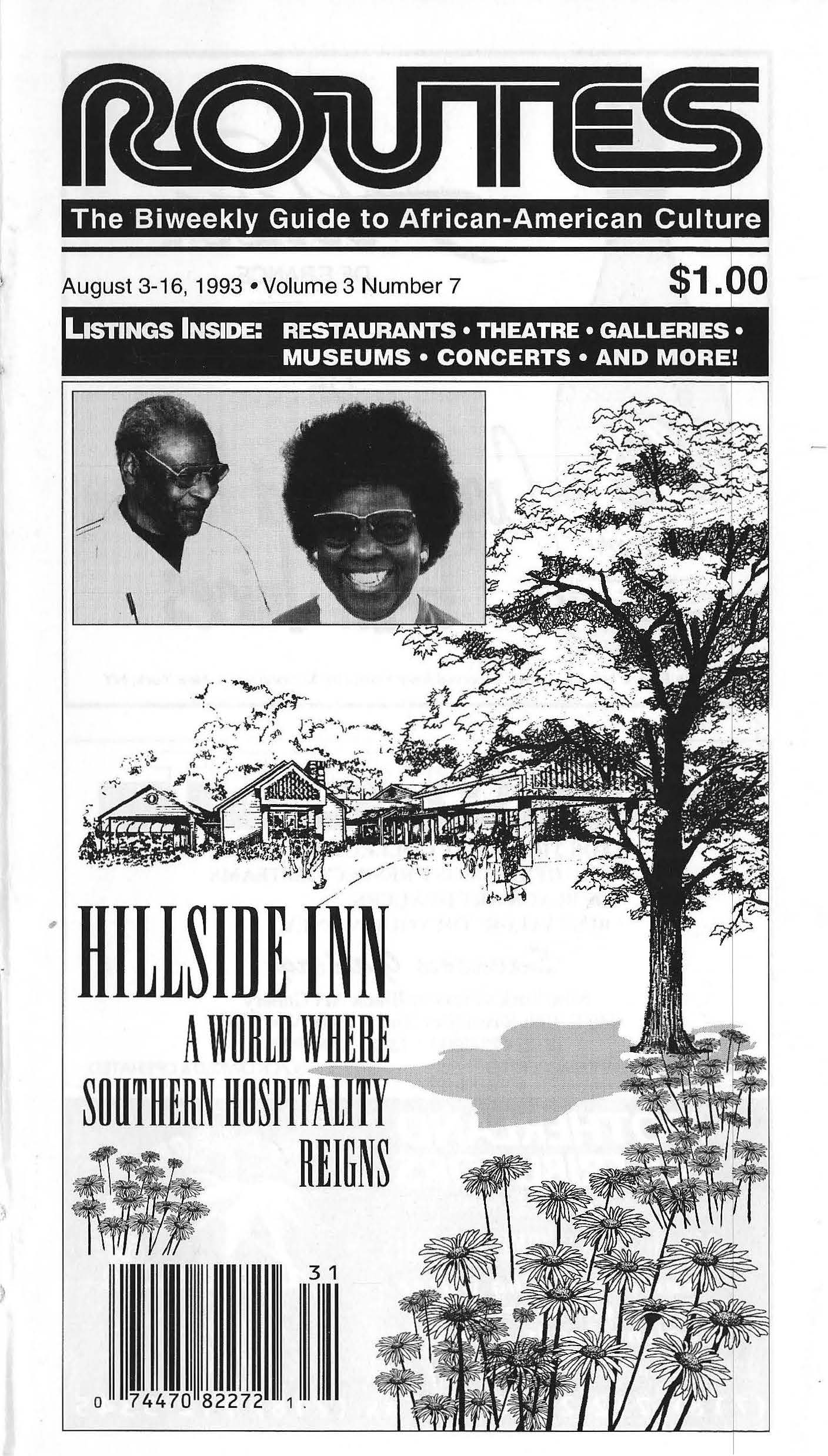 MARSHALLS CREEK, Pa. — Hillside Inn, a unique, peaceful get-away, is nestled inside a small valley banked by trees. There, among the many resorts that sprinkle the mountains of Eastern Pennsylvania, it glistens like a rare jewel rising, silently behind the screaming billboards that line the roadside.

Turn off Route 209 in the Pocono Mountains, follow the road just around the bend and over the hill, and enter the world built by Albert R. Murray Sr. and his wife Odetta. It’s a world where southern hospitality reigns, where the Murrays become “Judge” and “Momma” to all who enter, and where an experiment devoted to uniting all people as one family is evolving without much fanfare.

“Almost forty years ago, when Hillside opened as an eight-room, two-bath inn, no other resorts in the Poconos allowed black guests, much less were owned by blacks. Today, the old Hillside Inn is better than ever. Revitalized and modernized, it sports a close to three million dollar facelift, and is the only black-owned and operated upper middle class resort community in the Poconos,” Hillside, says Albert Murray, a retired New York judge, is “a social experiment, not simply a business venture. This is the closest we come to a first-class resort run by blacks the e nation and that’s a sad commentary, in my opinion.”

Like its 71-year-old owners, Hillside’s history is one of surviving struggles and setbacks. Murray’s social experiment, his “American Dream,” began in the Fifties when he and his New York law partner, Abraham Kaufman, purchased Hillside and its adjoining parcel of land. The idea was to immediately flip the property to a third party, but the deal fell through and, six months later, Kaufman suffered a fatal heart attack. That left Murray the sole owner.

It was 1955 and the Poconos Mountain community was still very conservative. “When people around here found out the new owner was black, I couldn’t even get fire insurance for the place,” Murray recalls. “They said they didn’t want any riff-raff.” Murray-who as a 16-year-old boy planted and plowed fields in Harlem, Georgia-understood what the real issue was and made up his mind not to let anyone force him into pulling up stakes and running away. Determined to make his dream a reality, he and his wife put their heads together and found a way to give their plans tangible shape. Odetta Murray ran the inn while Judge Murray split his time and energies between the Poconos and his law practice in New York. Odetta Murray, a former Army nurse a bachelor’s degree in home economics and a master’s in early childhood education, added the much-needed motherly touch and earned the affectionate nickname, “Momma” Murray. Every year, she gave summer employment to black students, so they could earn money for college, and the tradition continues today.

By 1982, Murray had retired after 21 years on the bench; he was now able to devote full time to Hillside, but the inn was losing out to the competition. To overcome this new hurdle, the Murrays decided to build a community of homes on their surrounding 109 acre tract of land. During the next five years, 32 homes were built and sold to black families, who, in turn, persuaded the Murrays to reopen Hillside and create a complete resort community. In 1989, when Hillside reopened its doors, it complemented perfectly the nearby $100,000 homes, but it had been a real battle. Judge Murray spent two years applying for help from local area banks, the Small Business Administration, and foundations for minority businesses, but not much assistance was offered.

Banks are a business, too, and they “had to evaluate the facts,” he says. “Was my plan just wishful thinking or was it a business that would really work? And that made me evaluate the real problem, did I have the right clientele? The banks were concerned that upper-middle class blacks wouldn’t patronize me since I was competing with white resorts that now accepted black guests. We were very successful with the lower-income level clientele before the inn closed and the banks wanted me to stick with that.” But that wasn’t the resort the Murrays wanted, it would have diminished Hillside’s role in their vision to bring people together.

Finally, Northeastern Bank of Pennsylvania, one of the banks that initially turned down Murray’s loan request, reconsidered and gave him a 15-year mortgage. Looking back, Murray admits that the banks were partially right: about 70 percent of upper-middle class minorities still go to majority resorts “because of the status.” This reality has put on hold plans to expand the inn and the sub-division. “It’s hard to convince minorities that we need their support, so we can grow. That’s one reason why we are the only black-owned resort in the Poconos. Once blacks were allowed in the white resorts, we lost support.”

But Hillside’s support base is growing. “The purpose of Hillside is being realized in the number of organizations using it,” Murray said, citing an impressive list that includes Merrill Lynch, the United States Department of Justice, in Scranton, The Rotary Club of Monroe County, National Black United Fund, Brooklyn Plaza Medical Center Inc., Socialites of Philadelphia, NAACP Long Island, N.Y., Pocono Golf Classic, and a number of area churches and schools. “That’s the diversity I’m most proud of,” he says. Harmony within diversity is essential for Judge Murray. “We must work together. There is a thin line between us. We must form a group and support each other, but we cannot be separate either. I don’t believe the salvation of any group will be achieved through separation. We cannot and should not forget our history, but we all have to look at ourselves as humans and emphasize what we have in common. Then the other things, if we respect each other, will fall in place.”

With 37 rooms, the Hillside is like a large, comfortable bed and breakfast.It forgoes the glitz and fast- track atmosphere of the larger resorts in favor of a more friendly “home away from home” feeling. Room rates per person range from $52 daily, during off season, to $405 weekly in the summer; breakfast and dinner meals are included. The inn also caters to day conferences, seminars and special events.

Besides its sumptuous meals, Hillside Inn offers great indoor and out-door recreational activity. Hiking through t h e country-side is very popular with the guests, and there are tennis and basketball courts. Swimmers enjoy the indoor pool, soakers lounge in the hot tub, and a fitness center helps guests work off some of the fine meals. Indoor fun can be had in the game room, the video arcade, and nightclub. Then, too, there are the regular Poconos attractions, which are practically at the back door: championship goal courses; horseback riding stables and trails; ice and roller skating rinks: museums and parks; bowling lanes; shopping malls; antique shops and flea markets; ski slopes; Summer Stock Theater; the International Pocono Raceway and a variety of restaurants—all within minutes of the Inn.

This issue of Routes, A Guide to Black Entertainment August, 1993 as PDF