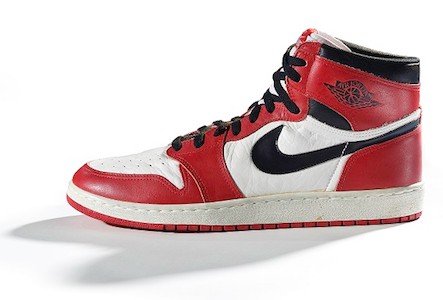 From Jack Johnson to Jessie Owens to Joe Louis to Wilma Rudolph to Althea Gibson to Muhammad Ali to Dr. J to Michael Jordan to Simone Biles to Venus and Serena to Tiger Woods. Each one of these athletes have raised the standard of their sport for all others to follow. For a long time Blacks were not allowed to participate in professional sports sponsored by the so-called dominant culture. It’s apparent to me that many whites were very insecure when it came to competing against African-Americans in most anything. I guess after watching African-Americans work from can’t see in the morning to can’t see at night and still have time to create songs and dances to entertain themselves, many whites were certain we had magic.

One of my favorite movies dealing with the history of the Negro League is a movie called Bingo Long and the traveling All-stars. Not only would you see a good baseball game, but you might be entertained by Bill”Bojangles” Robinson who would dance a bit. The God given talent that African-Americans would exhibit was nothing short of phenomenal. A few years ago, I was sitting in a sidewalk café near Hollywood and a white friend of mine who knew I love and cherish Black history told me he knew something about African-Americans in sports that I may not have known. I said try me. He began telling me how hockey was created. He said during the time when Harriet Tubman was bringing African-Americans through the underground railroad, Canada was one of the last stops. There were some young boys among them. There was a frozen dead rat on a frozen pond that the boys started passing around with tree branches. Out of this experience hockey was born. There was even an all Black hockey team, but they were never invited to the National Hockey League. Many efforts have been made to dismiss and discredit African-Americans in anything we do that makes a significant contribution to society. I honestly believe there is a fear that if African-Americans get involved they’re going to take over.

Many rules have been changed because of African-Americans involvement. For example Wilt Chamberlain scored one hundred points in a basketball game. This was unheard of. A rule was put in place that restricted players from staying in the lane beyond 3 seconds. Wilt’s height and talent without the restriction made it very easy for him to score at will. When Lew Alcindor attended UCLA, a rule was put in place that dunking was not allowed.

Alcindor (Kareem Abdul Jabbar) was seven feet tall and very talented. The rules makers decided that he would have too much of an advantage if dunking was allowed. So Kareem created a shot called the sky hook. As the saying goes “Necessity is the mother of invention”. Barry Bonds a great baseball player will not be allowed in the hall of fame even though he shattered Babe Ruth’s record for the most home runs in a season. They say Bonds was taking drugs that gave him extra power—Baseball is a game that requires excellent hand eye coordination. There is no drug to enhance that.

Some of our athletes have used their status in sports to point out some of the ills of our society. Tommy Smith and John Carlos are two of the most famous for raising their black gloved hands in salute to Black Power after winning gold medals at the Olympics held in Mexico City in 1968. Both brothers suffered for years because they were black listed. Kolin Kapernick, a football quarterback would kneel down during the opening ceremonies to protest the killing of young African-American men and no one being indicted for it. He was deemed as an anti-patriot and forbidden to play football.

When the major league baseball owners decided to let Blacks integrate, Jackie Robinson was the first, but there were others who followed. Satchel Paige was a stand out pitcher in The Negro League. Even though he was close to fifty, he was given an opportunity to play in the majors. He had a pitch called “The Hesitation Pitch”. The pitch was banded because none of the white players could hit it.

Richard Williams turned a dream into reality. He knew nothing about tennis, but suggested to his wife that they should have a daughter and make her a tennis champion. As far fetched as it seemed, his wife went along with it and Venus was born. Shortly after Venus, Richard realized his daughter needed real competition that he could not provide for her. He spoke to his wife, but she wasn’t in compliance. He tricked her into having another daughter who they named Serena. Richard almost immediately discovered that Serena was going to be even better than Venus. They are the only two sisters in the same sport who have raised the tennis bar so high until there have been tournaments where they had to play against each other for the championship. This was a first in America. Many tennis fans and critics consider Serena as the greatest tennis player of all time. In gymnastics there is a young lady named Simone Biles who has won five world championships in a row. This had never been done before. In whatever sport African-Americans have an opportunity to participate in they will raise the bar. I have always felt that our physical ability has a lot do with having Melanin. Not only does it give our skin color , but it also gives us energy to perform on another level. The whole world has witnessed the achievements of African-Americans in sports and look forward to many more. 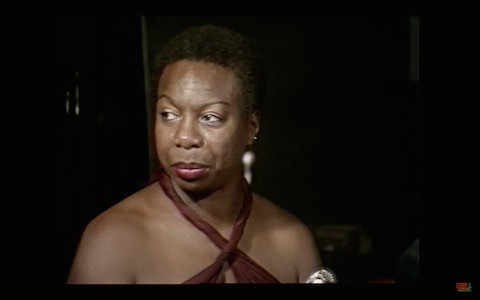