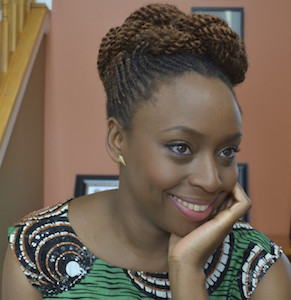 When Black Americans adopted the insignia African American, nowhere in the instruction manual was it written that knowledge of Africa would be magically conferred. Thus when the writings of Africans Chimamanda Ngozi Adichie, Okey Ndibe, Ishmael Beah, Helen Oyeyemi and others crossed the waters, a clearer understanding and appreciation of modern-day Africa was brought to light. There’s no better way to discover the mysteries of the continent, short of getting on a plane and flying there, than to read these authors’ books.

Currently most popular among African writers is Chimamanda Ngozi Adichie, author of several novels including Americanah, That Thing Around Your Neck, Purple Hibiscus, and Half a Yellow Sun, which was also produced into a feature film starring Chiwetel Ejifore and Thandie Newton.

In Americanah, Adichie gives an eye-opening look at the social and cultural dichotomy between Africans (particularly those living in America) and American Blacks. Through the character Ifemelu, the strong-willed, 20-something Nigerian woman living in America but hungering for her homeland, Adichie illuminates the cultural gulf between Africans and Black Americans. Americanah is effectively a class on how Black Americans’ are perceived by Africans and the detriment of growing up in a society of bigotry, slavery and Jim Crow. Africans living in America don’t draw on these life experiences. Americanah cleverly highlights flaws in Black Americans’ character from an outsider’s vantage. As one who did not grow up in a majority white environment, Adichie paints Ifemelu as one not prone to adopt Americanisms.

Adichie’s other popular writing, Half A Yellow Sun, gives us an insiders’ view of what civilians experienced during the Nigerian\Biafran civil war of the 1960s and all the horrors of living through a war in one’s backyard. Behind the backdrop of civil war in Half a Yellow Sun is a love story between a progressive Nigerian woman and her intellectual lover, written from the female perspective, showcasing his very male flaws.

Adichie’s That Thing Around Your Neck, a collection of short stories, gives the strongest exposé of genuine African cycles and experiences. After reading these brilliant and unexpected stories, you will come away clearly understanding the African psyche.

Two books from the African male perspective – Foreign Gods, Inc. by Okey Ndibe and Sierra Leonean Ishmael Beah’s A Long Way Gone: Memoirs of a Boy Soldier present clear images of two commonly perceived aspects of today’s Africa: non-Western religions and civil war. Beah’s book, while written as a novel, is his first-person account of being forced into soldiering as a child and what it took to detoxify from the savagery he shouldered as a boy killer-soldier. Ndibe’s Foreign Gods, Inc. is an absorbing, page-turner about a man overtaken by the trappings of American life and what leads to him devising a plan to get his hand on a boatload of money, a plan that takes him back to his native village.

If other writers from Africa write as beautifully and as creatively as these authors mentioned here, we are all in for a wealth of exceptional reading.