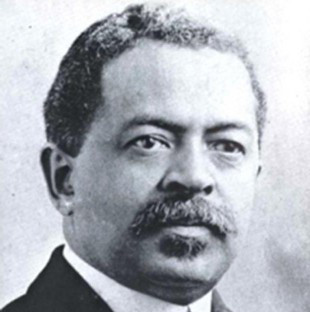 Boston is a port city with over fifty universities inside its borders, many of them world famous. This is a magnetic draw for the ambitious young men and women and also for parents who want their children to excel and maintain their status position as well as climb up the economic ladder into the middle and higher classes. The city is an international hub, which is deeply and widely reflected in the campus at the University of Massachusetts Boston, the city’s only public institution of higher learning.

The privates tend to attract legacy students whose parents and grandparents and beyond also attended the same college and university. The publics, for the most part, are engines of entry for the newcomers, who are pushing up from the bottom and are seeking to establish themselves. A few are also eager to renew the society not just keep its structure of difference inviolate. Thus, the UMB classroom educates a wide array of first-generation bilingual and trilingual college goers, from over 120 countries, speaking over 90 languages. The university is open to the world, and is the only university on the east coast, private or public, to have institutes representing the Native American community, the Asian community, the Latino community, and the African-American community. The latter is broadly defined to include African heritage populations such as Bahamians, Bermudans, Brazilians, Cameroonians, Cape Verdeans, Costa Ricans, Cubans, Dominicans, Ethiopians, Eritreans, Ghanaians, Haitians, Hondurans, Jamaicans, Kenyans, Liberians, Malians, Nigerians, Somalians, Trinidadians, Ugandans, etc. The public face of Boston may project as privileged, but its pulse is racially diverse.

Inside the city’s coin of privilege, Boston remains a divided city. In the 21st century, it is the most segregated city in the country. The Atlantic, in May 2015, published a study, Where the White Folks Live, which showed that the starkest residential and economic divide is in Boston. The wealthier, whiter and professional populations stay in isolated enclaves in the city and its close suburbs, where the schools are better resourced and the teachers and administrators and staff earn higher salaries. The populations with off-white and darker complexions tend to reside in the rim areas, which are continually being gentrified, with the result that the city is churning itself whiter and richer despite any contrary rhetoric.

So, in the 21st century, the William Monroe Trotter Institute for the Study of Black History and Culture at the University of Massachusetts Boston, established in the 1980s, in the wake of Boston’s racially troubled and insurgent 1960s and 1970s and 1980s, has expanded its global focus to include African-heritage communities and peoples from continental Africa, Asia, the Caribbean, Europe, North America, and South America living in the Commonwealth. Founded in 1984, the Trotter purpose was highlighting the history and culture of Black people in Boston and in the Commonwealth, a population with roots at least as long as the immigrant group of religious refugee English Puritans, who sought freedom on new ground in the 17th century. Their legacy, however, has not been unadulterated freedom. They segregated out others, including Africans imported for the purpose of subservient labor and the native populations that were redefined as savages, regularly warred against, and enslaved.

This is a complex history shot through with unexamined assumptions and behavior that has been presented as freedom-incarnate. For example, the term plantation, usually thought of as a southern phenomenon, came to the New World with the Puritans, for whom plantation meant settlement. In substantiating the northern career of plantation culture, the Trotter is collaborating with humanities scholars to highlight hidden New England histories that reveal how citizenship and belonging have been denied to folks with different shades of skin from century to century. The purpose of this research is not to bemoan the errors of the past but to learn from them so the errors of yesterday are not repeated tomorrow. The long-term histories and cultures in the Commonwealth are not simple or monolingual, they are convoluted. To take one example, the Cape Verdeans, born on a chain of islands off the west coast of Africa, colonized by the Portuguese (who gave Columbus his time of apprenticeship in West Africa) came to the New World early, some as mariners. The community has since expanded and is a vital but irregularly studied enclave in Boston. Haitian expatriates have also settled in Boston and established themselves politically in the city, with the third largest Haitian Diaspora community in the country, after Miami and New York. The Spanish-speaking African diaspora from the Caribbean and South America is also active in Boston, and pushed for bilingual education in the city’s public schools. In the 21st century, the African Diaspora influx, primarily from the continent, with over 50 countries, is mixing with and adding its cultural energies to the primarily Caribbean and South American groups.

The major issues for the growing welter of African Diaspora communities in Boston are education, employment, housing, and health. The Trotter Institute, which has the mission of understanding the issues and representing, to the public, the concerns and needs of a rapidly changing and evolving group of communities works with other similarly minded organizations in the city such as the Urban League and the NAACP. One of the issues that it is addressing currently is the way in which the world of work and the labor market is changing in an industry that has traditionally been open to the immigrant, regardless of religion or complexion. World-wide, mobile technology is changing that industry and the relationship of employer to employee. With the Uber model, drivers operating their own new cars and not leasing cars from others, the economically struggling immigrant has lost a toehold in a livelihood that previously provided him or her a likely pathway into sustenance and belonging. In addition to offering employment, driving a taxi allowed many African Diaspora immigrants to educate their children, buy a house (including, on occasion, ­­­one in the home country), and monitor their health.

Citizenship, belonging, and the arts are the humanities themes on which the Trotter is concentrating as it examines issues in education, employment, housing, and health impacting the diverse African Diaspora community on campus and in the Commonwealth. To disseminate research and involve the community in the discussion of policies, trends, and behaviors reflecting a worsening attitude toward race and difference locally, nationally, and globally, the Trotter sponsors conversations, cultural programs, public forums, and research, often conducted in partnership with campus and community partners such as the Urban League and the NAACP as well as other universities. The institute also publishes the Trotter Review, a journal that addresses current Black studies issues and race relations in the United States and abroad. The Trotter also publishes research reports and occasional papers on topics in the arts, education, employment and training, public health, economic and community development, as well as race relations. The Trotter name has been legendary in Boston for over a hundred years. The legacy started with James Monroe Trotter, a Civil War activist and soldier in the Massachusetts 55th, who wrote a classic study of African-Americans in art and music, became a respected business man and government official, succeeding Frederick Douglass as postmaster to the nation. His son, William Monroe Trotter, a Harvard graduate and early Phi Beta Kappa member, believed in the equality and dignity of all and upheld those ideals in the newspaper he founded at the start of the 20th century, the Guardian. With W.E.B. DuBois, his Harvard classmate, Trotter established the Niagara Movement, a national liberation organization for men (and later women) of color, which set the 20th century civil rights tone, especially for the NAACP, the successor to the Niagara Movement. William Monroe Trotter passed in 1934; fifty years after his death, Bostonians of political conscience and memory decided to uphold the example of his struggles and his spirit as a visionary civil rights champion.

To mark the 35th anniversary of the William Monroe Trotter Institute for the Study of Black History and Culture, a campus and community group is planning to launch a New Niagara Movement Initiative in 2020. By then, the new president, whoever he or she is, will be ending the first term. And this will be an opportune time to examine the country’s democratic progress. At the current moment, in 2015, it looks as if Boston’s tacit agenda to preserve its white-bread privilege at the expense of anyone not to the manner born is also the country’s goal. Whether that desire to become whiter and whiter and spin off the dark into and beyond the outer limits wins the coming presidential election, with its strident and separatist rhetoric, it will be time to examine what transpired and how to counteract the exploding political extremism and polarization that seem to be deeply planted nationally and globally.