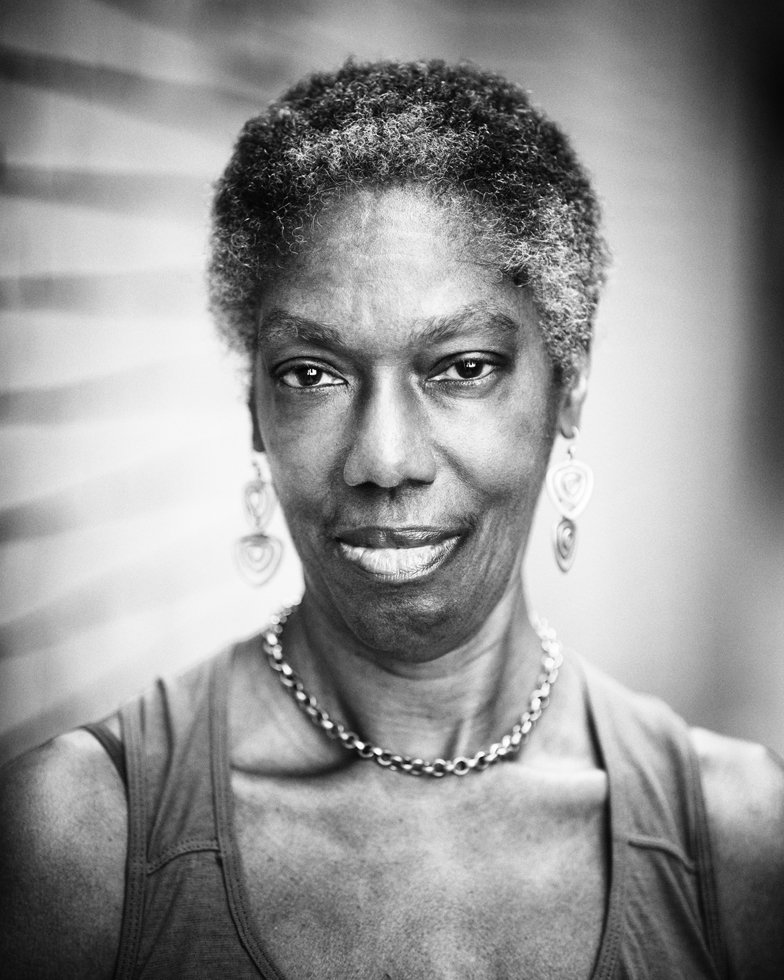 This interview with Robbie McCauley, award-winning actress, inaugurates Wylie Avenue Views, a column about art and activism. Wylie Avenue is real and imaginary. It runs down the center of August Wilson’s ten play urban saga and it is forever alive, pulsing with music and ideas and new possibilities.

“I always want to act, discover, and learn,” Robbie McCauley, actress, playwright, and director tells me. Acting is at the center of her creativity, and she studied it in college, earning a degree in theater from Howard University. Growing up in D.C. in a working class African-American family, education mattered. It meant knowing things, getting a grasp on yesterday and having more insight into tomorrow, doing better for self and others. And Robbie has never stopped moving forward, teaching at plum locations like New York University, working globally as a director, winning an Audelco for starring in The Taking of Miss Janie by Ed Bullins and an Obie for writing Sally’s Rape, which mines personal as well as national history. For many, the experience of seeing it remains a searing memory. And McCauley keeps mastering the language of theater. There is always more to learn and understand, she believes.

Today, twelve days before Christmas in the last month of 2015, her face seems fresher than I’ve seen it before. She is on her own again, free to do as she likes, without the daily obligation of pleasing others. She has retired from Emerson College in Boston, which prides itself on being an elite arts college primarily for the well-heeled. Robbie was the only African-American professor, in the history of the college, to get tenure without a fight. Fame and major industry credits put her above the fray; and still, she inherited the curse of the only. She was asked to do everything. You can do it was the refrain she constantly heard. And through it all she kept doing her work for the stage. That is what feeds her. Working, not to satisfy others but herself, her inner genie, is a pleasure, virtually inexhaustible.

So now, with time stretching out in front of her like a place setting on a table, she is describing herself as a writer. “My place is a writer’s lair,” she says. “Books and papers everywhere; but I know where everything is.” Still, the acting is impetus to the writing. That is where everything starts for her. Now, though, there is a catch: “All of a sudden, it hits you,” she tells me. “Getting older as a creative artist. So there are things like energy. Memory. I rely on those things so much. I rely on the personal story. So I worry about that. And yet the other well-kept secret is how energizing being older is because of having a wider view of things. And hopefully I can keep that for as long as possible. Having a perspective, and having the respect of others and a respect for the self. That’s all self-referential but I feel like there is a journey, and the journey continues. You can feel satisfied when work is completed and go on or feel that you have already done a lot. I feel that I now have a legacy, and I have the continual impulse to do and say more. Still, I get tired more. The last piece I did, which was Sugar, about my battle with diabetes, which so many people have but are in denial about, I sat down a lot on stage; but then I had to get up.”

Robbie, you just used the word legacy. That is so important. You have definitely created a legacy in your work. Of all the plays you have written, which three pieces are you most partial to?

“I think My Father and the Wars. It was the first time that I admitted to myself that I was writing. Adrienne Kennedy was a great influence on me. She showed me something important because she kept writing the same story over and over, perfecting it, deepening it. So thanks to her I felt I could take on the story of my family and keep going with it until I got it right. Sally’s Rape was part of that. I was trying to find a way to write and say something. I found that process of going deeper and deeper of service to me. Sally’s Rape came out of my family history. In My Father and the Wars, I wanted to tell the story of my father and other black men who are wonderful fathers, but don’t get the credit. People kept asking me how I could be a feminist and write the story of the men in my family and not the women. So then I wrote about my great-grandmother in Sally’s Rape. Black men were and still are in danger. I had an appreciation for the men in my family, and there was an image that was not being seen.   I was learning how to write by writing. I never studied playwriting. I wrote out of an impulse to say and do something. I explored ways of talking with the body and understanding language and how words and movement are linked. The third work I finished recently. It is Jazz n’ Class about my daughter. It’s not about the past. It’s about now and what’s to come. She is a musician, a composer, and she likes working in combined spaces. She brings together the classical world, jazz, and hip hop. She probably inherited my love of language, but she translates it differently.” Robbie beams as she talks about her daughter. And then she has another thought. “I like Sugar too, but it was difficult to write and perform. You know, I’m talking to folks about doing it again this summer at the Association of Theater in Higher Education conference, which will be in Boston.”

Robbie, you have always been able to weave worlds together in your work, worlds that don’t usually connect. You see beyond the obvious. Is that because you keep wanting to learn and are always willing to enter new worlds, not as a stranger, but as a guest, one who truly wants to know? You work in a special space, Robbie, in between the public and the meaning-making industry in which the academy participates. What motivates you to live and work in that difficult space?

“I’m not sure. I just know that I always want to understand and see and feel things. And that was true in Sally’s Rape. Putting her up on the auction block was not about displaying her naked to the world. It had to do with the question of who has the right to own whom and how she responded. I’ve always been fascinated by a puzzle. As a people, we do not own what we create. For me, that’s a challenge. How do we claim and own our creativity? Everybody else owns what we do. We still have to find a way to own ourselves and what we make. It keeps getting taken away. There is a tendency, still, to believe that our creativity belongs to everyone and can be claimed by anyone who wants to use it. That was the fight in Sally’s Rape. She was on that auction block for a reason. She was claimed by every eye that looked. She had to find a way to fend for and protect herself and her children. Collectively, the nation is still stuck in that rape scenario but of course we don’t call it that. I had to name it. For myself, for my family, for my history. Rape is a big word. And it is still big.”