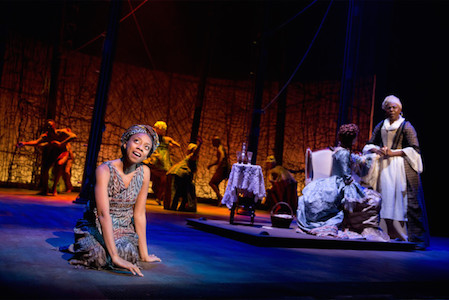 Amazing Grace, a new musical, is based on the awe-inspiring true story behind the world’s most beloved song. A captivating tale of romance, rebellion and redemption, this radiant production follows one man whose incredible journey ignited a historic wave of change that gave birth to the abolitionist movement.

John Newton (Tony Award nominee Josh Young), a willful and musically talented young Englishman, faces a future as uncertain as the turning tide. Coming of age as Britain sits atop an international empire of slavery, he finds himself torn between following in the footsteps of his father – a slave trader – and embracing the more compassionate views of his childhood sweetheart (Erin Mackey). An unforgettable musical saga, Amazing Grace captures the spirit of history’s sweetest and most powerful sound: freedom.