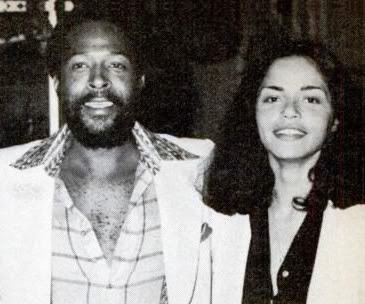 "After the Dance, My Life with Marvin" by Jan Gaye

A searing memoir of love, drugs, sex, and old-school R&B, from the former wife of the legendary soul icon Marvin Gaye.

Stuck in a foster home with an abusive caregiver, Janis Hunter found solace in her dreams of an encounter with Marvin Gaye — the soulful prince of Motown, with the seductive liquid voice, whose chart-topping, socially conscious album What’s Going On had recently made him a superstar.

They met in February 1973. Despite a seventeen-year age difference and Marvin’s marriage to the sister of Berry Gordy, Motown’s founder, the enchanted teenager and the emotionally volatile singer began a scorching relationship. One moment Jan was a high school student, the next she was Marvin’s soulmate.