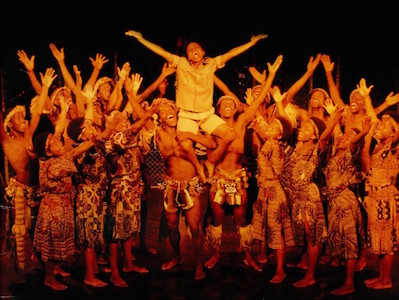 The Voices of Sarafina

Younger students will be able to watch, listen to and learn the uplifting melodies from the film The Voices of Sarafina.

An interactive screening of South Africa Then: Sarafina, starring Miriam Makeba and Whoopi Goldberg. The plot of the film is based on the ground-breaking 1988 Lincoln Center production about the struggles against Apartheid and how the inclusion and power of the youth made a difference.