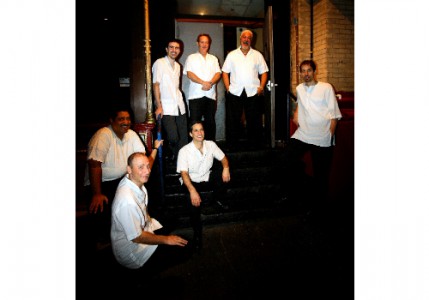 Quimbombo is a groove oriented band with a musical base in the Cuban son (the contagious dance music championed by Buena Vista Social Club that is the main ingredient in salsa); they always maintain strong elements of improvisation and spontaneity in their sound. They have recorded two CDs, “Quimbombo”, released in 2004, and “Conga Electrica”, released in 2008.

Ronald Bunn 5 years ago 14
Do NOT follow this link or you will be banned from the site!