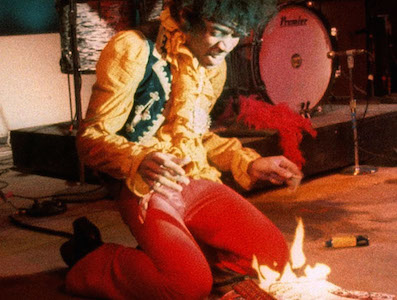 The Beat Goes On

An insanely optimistic man once said “slavery in America was not all bad.” After all, he declared, “Out of slavery came jazz and out of jazz came the blues.” In a very real sense the man was not wrong because even today jazz and its blues extension remain America’s only contribution to the music world.

Jazz developed as the slaves began to combine their highly complex African rhythms with the melodic instrumentation of their white European “masters.” The intricate music that grew out of this combination confused Europeans and thereby earned its status as the “Black music” of the United States.

Similarly, the blues were produced by a combination of jazz, work songs, spirituals and European melodic intonations. It is difficult to pinpoint exactly where, when and how the blues took on its definitive style. One thing, however, is certain, the lyrical content and primary function of the blues was different from anything that preceded it.

Work songs were sung primarily to give the workers the strength and courage to carry out their appointed chores. Spirituals were sung to ask God for additional strength. The blues, however, were sung with an air of defiance. Blues songs were written to tell tales of poverty, hunger, oppression and other unforgivable atrocities.

The blues became America’s most talked about music after the invention of the phonograph. In 1923, Miss Bessie Smith,” The Empress of the Blues” — made her first Recording. That record (entitled Down Hearted Blues) helped change the thrust of American music. The blues had suddenly become marketable. By the time the famous Billie Holiday came along in the forties the blues had become so popular among Black Americans that it was often referred to as “Black American folk music.”

And so it has been until recent years. Suddenly, after a century of being the backbone of black America’s vocal music, the blues form is facing the very real possibility of becoming extinct. Like the alligator and the bald eagle, blues in America has become scarce. Why are Blacks no longer singing the blues?

One obvious part of the answer is the changing status of Blacks in American society. As education and employment opportunities increased, the desire to sing about the blues decreased. Black vocal groups began to abandon the depressing blues lyrics in favor of love songs in the rhythm and blues mode.

In 1963 the emergence of England’s Rolling Stones, a forceful blues-rock group, hurt the blues as well. Although their intentions were good (they claimed that their playing the blues was a tribute to Albert King, B.B. King and other Black blues greats who never received the proper exposure, fame or money) the enormous wave of white blues-rock groups that followed them bastardized the music form by demoting it to a lower level.

The classic blues style (a twelve-bar chorus in three four-bar sections) was being bent out of shape by these well meaning artists. The classic vocal strains were often replaced by rambling, biting guitar solos. The lyrics of depression which were so effectively sung by poor Black delta blues men were now being sung by young and often wealthy whites who never lived the experiences they sang about. This, quite naturally, made the validity of the music suspect.

Generally speaking, conditions for Blacks in America continued to improve. But conditions for the blues got worse. In 1967, Jimi Hendrix’s debut album Are You Experienced? was released. Only time will tell what effects this album (and subsequent Hendrix releases) has had on the blues. It is already obvious that Hendrix had an undeniable influence on the musical direction of both whites and Blacks.

Hendrix was the first real Black-white-rock superstar. White audiences were suddenly interested in Blacks playing their music. After Hendrix’s untimely death the Isley Brothers proved, with a string of gold records, that this interest could be sustained and profitable. Hendrix had revealed a world of unexplored territory to Black musicians. Young upcoming groups like Earth, Wind & Fire, the Commodores and the Ohio Players were adding these soul-rock influences to their music. Intricate chordal arrangements and flashy rhythm sections became the standards by which groups were and the blues suffered immensely.

Perhaps the most damaging blow came about with the sudden boom of the disco craze. The pulsating disco beat music captivated the heart of America. Following the riotous sixties, Americans “Black and white” were ready to relax and be joyous, again. Blacks and whites alike wanted to party and the blues didn’t fit into the pattern.

In short, the sad and melancholy lyrics of the blues became, to a degree, anti-social. What was once a Black American folk tradition, was now a granting contrast against the prevailing party atmosphere that swept the nation? The blues, in effect, had travelled the route of the proverbial “full circle.” The only artists who are successfully playing authentic blues today are the same artists who made it fashionable decades ago. 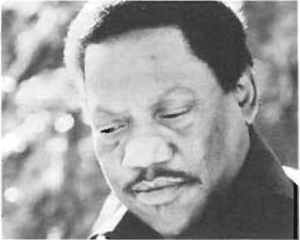 B. B. King, Bobby “Blue” Bland, Muddy “Mississippi” Waters and a few others may well be the last vestiges of this once great American tradition. As dismal as it may sound, the question still must be asked: What will happen to the blues when these artists are gone? In a recent revival of blues, sung by Alberta Hunter, they are relived and retold in original form and style. But, Alberta Hunter is 82.

Unfortunately, like the work songs and spirituals from which it was born, the blues may well end up in the record archives for our children to study as a form of ancient American music. A decade ago the blues form was the folk music of Black America. A decade from now the blues may be history.