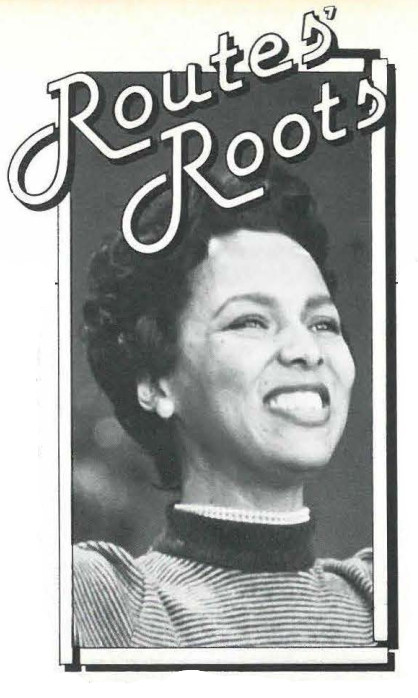 The Black female star in American films has always been, at best, in a tenuous position. Dorothy Dandridge‘s ascension to the screen was no different from her Black predecessors, enjoying a lengthy career in stage entertainment. Her mother, Ruby, was a comedienne/actress and taught Dorothy and her sister, Viviane, to do a Vaudeville act. She billed them as the “Wonder Kids.” By 16, Dorothy was performing alone at the Cotton Club in Harlem. Here she met her first husband, Harold Nicholas, who was a member of the Nicholas Brothers dance team. Their short lived marriage produced a daughter.

Throughout the forties the nightclub circuit proved to be advantageous for the young performer. She also made a string of low budget films such as Lady from Louisiana (1941), Drums of the Congo (1942) and Bahama Passage (1942). In 1947 Dorothy appeared with Count Basie, Cab Calloway and the Mills Brothers in a film called Ebony Parade. It proved to be disastrous for the independent Black producers and promoters.

Dorothy Dandridge had relentless determination to become a star. She enjoyed acting. It was not until Tarzan’s Perils [1951], where she portrayed a kidnapped African princess, that she discovered her viable image. With Les “Tarzan” Barker rescuing her from the “savages,” she was launched as a beautiful sex object. Even though she continued to play “goodie girl” roles in Bright Road (1953) and See How They Run, Dorothy knew the bad-girl sexy roles would yield more fame and cash at the box office.

Few people, however, realized that the lovely Black goddess was also a shrewd manipulator who took herself quite seriously as an actress.

Carmen Jones (1954) allowed her to dominate the screen. Even though the film lacked originality, it gave the career of Dorothy Dandridge a firm push to the top. It also gained her an Academy Award nomination for best leading actress. This was the first time in the history of American films that the Academy nominated a Black woman for anything other than a supporting role.

Despite her popularity and fame, she received few film offers deserving of her talent. Although she experienced sporadic periods of depression and melancholy, her career was soaring, and she wanted to keep it that way.

In 1957, Dorothy played Margot in Island in the Sun. The film was another first for Dorothy because in it, she became the first Black actress in American films to fall in love with and to be embraced by a white man. The act was a social anathema and the repercussions were swift. Many theaters in the South refused to show it, and in some states the movie houses were threatened with heavy fines if they showed the film. The theme of interracial love — the mixing of races on the basis of love instead of lust — was unheard of at that time.

After starring in a few more films that cast her with white men, Dorothy became discontented and went abroad in search of freedom and quality film roles. She starred in The Decks Ran Red, Tomango and Malaga, but they offered the fair-skinned star little variation from her American film experiences.

Porgy and Bess was the last major American film in which Dorothy acted. The all-star cast of Sammy Davis, Jr., Pearl Bailey and Sidney Poitier was not strong enough to dim the brilliance of her starring role as Bess. She unleashed all of her energy and stylized movements to sweep like magic throughout the film. She was gloriously devastating and earthy. So impressive was her performance that she received the Foreign Press Award for best actress in a musical.

Dorothy broke more barriers in the film industry than any other actress, but she found the new Hollywood infuriatingly impervious to her desires and needs for decent roles.

In 1965, disillusioned and discontented, Dorothy Dandridge quietly withdrew her claim to stardom by taking an overdose of anti-depression pills.