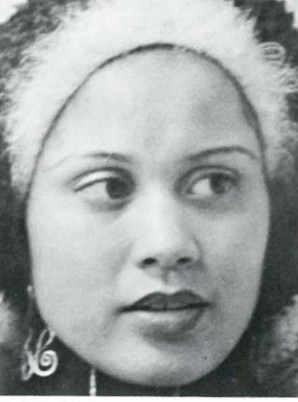 Twenty couples gyrate around the floor as Gerry Bledsoe’s velvet voice welcomes the viewer to another hour of dance and enlightenment. The students are really into it, clapping their hands, doing the disco whoop and dancing like the stars of the hour they know they are when the assistant director brings it all to a halt, “Cut! Let’s do it over again.”

The audible groan that follows will never be heard on the final edit. “It’s like a desert out there,” one perspiring nymph gasps under the hot lights as she fans herself with a raised skirt. But then the camera’s red light blinks on again, and she quickly recovers a cool that isn’t taught in any academic institute.

This time it’s a “take”. The dancers swirl, dip and sway to the rhythm as one disco hit follows another while informative bits of school news flash across the bottom of the screen. The guest performer, an exhilarating Al Green, arrives and blithely sings his songs of love and happiness without a hitch. Although the smile on Gerry’s face has become strained and the crew has begun to snap at the restless students, after four hours of almost continuous taping, the show is finally put to rest, ready for editing.

Fred and Felicidad Duke, the husband and wife production team behind New York’s number one dance program, conceived Soul Alive after being approached by WPIX’s program chief, Bob Shea. “We had developed a reputation for bringing shows in within budget,” says Fred Dukes, a veteran broadcaster whose credits include For You Black Woman and The Miss Black America and Miss New York State beauty pageants. “Bob wanted a show that combined public affairs with a dance format. We sat down, thought it out and Soul Alive was born.”

“We wanted a program that would highlight the positive aspects of growing up,” adds Felicidad, a former engineer with Honeywell Corporation, “We felt we could entertain our audience and at the same time tell the students of activities available at their school that even they weren’t aware of.”

Fred Dukes began his career in broadcasting immediately after graduating from Temple University. “I’d been interested in the medium ever since my parents first brought home a TV set, you know one of those 12-inch RCA consoles with the lift top,” says the multi-talented Dukes, who teaches at the Third World Cinema (62 W. 45th St.). “And the first thing I realized was that there were no Black faces on it!”

Learning his craft as he progressed from a technician at WHYY, Philadelphia’s educational station, to operations supervisor for New York’s WOR-FM’s classic DJs, Murray the K and Roscoe, Fred soon began to do commercials in order to stay in television. “I had been in the business for almost a decade when I met Felicidad,” he says proudly, “and she sold her first concept, We, Us & Company, to WNEW within weeks after entering the field.”

“I’d graduated from Hunter College and was the only woman mechanical engineer at Honeywell when I realized the job wasn’t for me,” Felicidad says. She laughs at the memory of their first encounter, “I met Fred on a blind date and we ended up not only married, but business partners!”

Dukes and Felicidad Productions’ staff, many of them trained by Fred at the Third World, are constantly working on new projects. A series on Black Broadway is in pre-production. “We want to delve into the rich history of Blacks in theatre,” Felicidad says. “We’ll use old stills, film clips and, if necessary, recreate those skits lost to time.” There’s also talk of a possible series revolving around Ali, whose recent interview on For You Black Women is still making waves.

Black programming has come a long way since Fred first lifted the top on that antiquated RCA almost thirty years ago. One hopes Dukes and Felicidad Productions’ creative endeavors continue to keep not only our souls but also our minds alive.