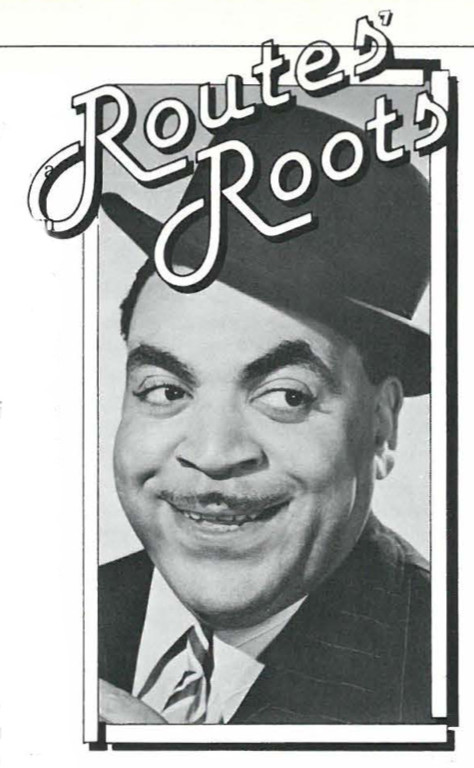 Everything about Fats Waller was slightly unusual. While most jazz greats migrated to New York — Fats was a native New Yorker.

Young Fats found himself in the midst of a thrilling Harlem atmosphere. Vaudeville, theatre and the jazz cellars along 133rd and 134th Streets were in full swing. He absorbed it all. He knew that he wanted to be a part of the show world.

The neighborhood movie theatre, the Lincoln, attracted young Fats like a magnet. It had a small pipe organ and a piano. He seldom remembered the movie, but he memorized all of the music played by Mazie Mullins to accompany the silent pictures. Sensitive to his unusual interest, she allowed him to sit beside her and watch. Soon he accompanied her and eventually replaced her.

It was not until Fats met James P. Johnson that his life as a jazz pianist took root. James P. was the reigning king of piano. He took it upon himself to shape the raw talent he saw in Fats.

The training grounds were readily accessible in Harlem – the “parlor parties,” the “rent parties.” Every Saturday night, fried chicken, chitlins, pig feet and potato salad were the staples, and the piano player would be the main attraction. Guests paid to feast and party to the tunes of some of the greatest pianists around. James P. played the best parties and he took Fats along . His first house party job paid him three dollars. He soon won a reputation for himself and surpassed James P. with the “stride piano” style.

Fats teamed up with Andy Razaf, a lyricist, and they made the rounds to music publishers such as W.C. Handy, Clarence Williams and Irving Berlin and sold the same tunes over and over, changing the lyrics or the melody around just enough to pass it off as a new song. The standard rate was fifty dollars per song.

His recordings were beginning to sell across color and cultural lines. People who had never bought records before were now buying complete Waller collections. I’m Going to Sit Right Down and Write Myself a Letter was so popular that people assumed Waller was the writer. His rendition had only popularized the tune.

July 1938, he set sail for his first tour of Europe, where his records were hot. At the Empire Room in Glasgow, Scotland, Fats made ten curtain calls. Honey and Ain’t Misbehavin’ were the favorites. At the London Palladium, he was billed in large electric lights as the World’s Greatest Rhythm Pianist.

On his return to the states, his popularity had soared. He was constantly on the road with cross-country tours and one-night stands.

Following his January 1942, sold-out Carnegie Hall concert, he traveled to Chicago, where he launched the career of a young blues singer Dinah Washington.

Stormy Weather, the all-Black musical film, was waiting for him in California, so he wasted very little time in the next town, Omaha, Nebraska. Omaha was so cold that he coined a phrase we use today. Fats equated the wind to the playing of his friend Coleman Hawkins, “Hawkins is blowing!” Now cold weather is known as the Hawk.

While shooting Stormy Weather Fats was commissioned to compose the score for Early To Bed. He poured out most of the tunes effortlessly and the show was a hit in Boston and New York.

When he closed at the Zanzibar Club in Hollywood and boarded the train with his manager, he was at the apex of his career. He was returning to New York professionally and financially sound, but his health was still suffering from his bout with the flu and his lack of rest.

When the train made its customary stop in Kansas City on the way to New York, the manager discovered that Fats had died in his sleep.

“Fats” Thomas Waller’s death was as unusual as his life. Unlike most Black musicians of that era, he left a will to protect his wife and three children, a legacy of published songs and many recordings.

Ain’t Misbehavin’ is as popular now as it was fifty years ago.