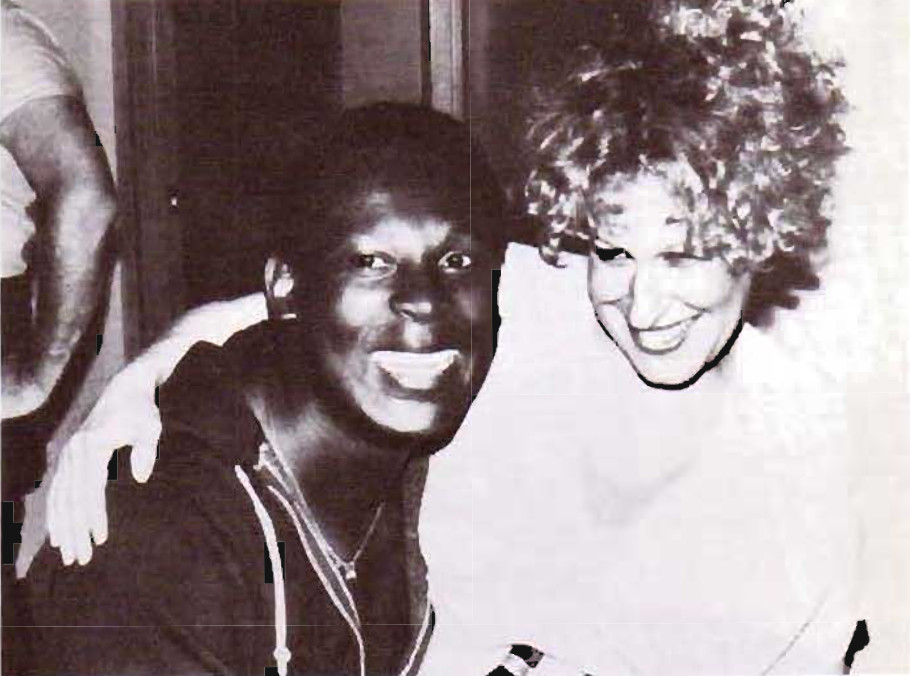 Disco as a music and lifestyle has yet to be defined, even though we have been dancing and listening to it for almost five years. There was a time when it was just called dance music — music that made you get up and move even if the moves weren’t exactly rhythmic. Then the disco era emerged and with it the disco artist, lavishly designed and expensive discotheques, disco departments in both record companies and retail outlets and disco charts. Records entered the disco charts, crossed over to pop charts, or vice versa, leaving radio station program directors in a state of confusion, singers like Donna Summer, previously relegated almost exclusively to the rhythm and blues charts, entered the disco charts, crossed over to the pop charts and penetrated the predominately white rock and pop radio stations. Also, rock singers, such as Rod Stewart, were able to revive their careers with disco oriented rock/pop fusion concoctions.

In a nutshell, disco has created a maze of confused concepts in a music world that up until now had pretty well-drawn boundaries, marketing targets and concepts.

As part of my ongoing attempt to unravel this puzzle, I talked with Sylvester, the disco troubadour whose new album, Living Proof, recorded live at the San Francisco War Memorial Opera House, is currently making the rounds.

Sylvester’s description of disco music is short and snappy. “Disco is the beat, the sound, the thump of the drums and bass.” When he talks about disco, one gets the distinct feeling that he is talking about not merely a form of music but a frame of mind as well, a state of perpetual happiness that remains oblivious to the world around it. Sylvester, it seems, thrives on disco, “I love disco music a lot. I go out a lot and I dance a lot.”

No wonder then that the San Francisco Examiner refers to him as the embodiment of disco, also its voice; and its style and stance, too.

Sylvester further explains: “I want to do things that are fun. I enjoy what I do and other people enjoy it. It makes me feel something. That’s what’s important to me.”

When Sylvester speaks of disco as possibly a distinct music form, one gets the feeling that when you strip away all of its shallow glamour, disco is just plain dancing music, music that, in one shape or another, has been around tor a long time. It has been embellished, of course, by commercial entrepreneurs who have created disco formula recording principles, disco wardrobes, ad nauseam.

“Basically, disco is just a word,” Sylvester lays it on the line. “The word disco means record in Spanish — that’s all.”

Sylvester has been a part of the West Coast music scene for quite some time, at first developing a cult following in the small nightclubs of San Francisco as a member of the singing group The Cockettes — an outrageous gay oriented act that could only find full appreciation in such liberal-minded urban centers as San Francisco, Los Angeles and New York City.

But it wasn’t until the disco era rolled around that many people were introduced to the man and his music. Sylvester was propelled to disco stardom in 1978, when the album Step II was certified gold and discos around the country bombast patrons with You Make Me Feel [Mighty Real] and [Dance] Disco Heat. Sylvester mania didn’t subside as the follow-up effort Stars, with the hit single Who Have Nothing continued the pace.

This new-found fame brought Sylvester television appearances and prestigious bookings both here and abroad. But the culmination of his success was probably his SRO performance at the San Francisco Opera House on March 11, 1979. The city’s Supervisor Harvey Britt, successor to the murdered Harvey Milk, read the proclamation naming the date Sylvester Day, while the disco star pulled up a stool and extravagantly cooled himself off with a giant pink fan.

Sylvester remembers that night as if it were only yesterday. “I remember exactly what was going on and how I was feeling at the time. It’s very special to me.”

The invitation said coyly, black tie optional and Sylvester recalls, “There was everything there from evening gowns to heavy black leather. Straight, gay, black, white — everything. “The picture on the cover of  Living Proof’ which shows patrons on an entrance plank attests to the diversity of the audience and also symbolizes the artist’s ever broadening appeal.

Three of the four sides of Living Proof, the live album recorded that night, feature the highlights of an evening that rocked the opera house to its core. The performance included his trademark tunes, as well as interpretations of the work of other musicians, including Allen Toussaint’s Happiness, a laid-back dance number that fills you with tension, while urging you to get up and slip into a mellow rock or Patty Duke.

I liked that song the first time I heard it, when the Pointer Sisters did it, so we put it in our show. Sylvester is always sure to say our show because the Two Tons Of Fun [Martha Wash and Izora Rhodes)] with their swinging gospel backups, are an integral part of the Sylvester stage experience. He also uses their talents to pay tribute to gospel as the roots of much of contemporary music. At a concert at New York City’s Roseland, he led Rhodes, Wash and his pianist Eric Robinson in an unaccompanied hymn. He introduced the song, saying, “If it wasn’t for this kind of music, all the fabulous background singers you hear in disco would not have happened.”

Sylvester should be heartened by the fact that he can do more than just croon disco and that he can find a job singing long after styles and trends have once again changed. For one thing, he has the heart and spirit to make ballads work. He sings, plays piano and writes and arranges much of his material, working closely with one of the most creative forces in contemporary popular music, Harvey Fuqua, the original Moonglow and co-father of the Motown Sound.

Sylvester says that he isn’t directly affected by any one musician although there are certain musical styles “I lean toward, not because of anyone in particular, but because the style has been expressed through a particular performer, and I am able to hear it and to do it.

“I come out of gospel,” he explains, “which is the basis cf all black American music. My transition from blues to jazz to disco or whatever is easy because it all comes from the same foundation.” He learned the rudiments of gospel at an early age, being raised in a large, churchgoing family that he now refers to as upper-middle-class black bourgeois. He was considered a child wonder of the gospel by the time he was eight — touring the gospel circuit on the East Coast and in the South. Sylvester’s active musical life also dates back to his high school days when he played the violin in his school orchestra. “I love all kinds of music. The only kind that I’m not ready for at this point in my life — not saying that I won’t ever be — is country and western.” But he quickly qualifies the statement by interjecting, “Still, I have my favorite country and western artists, like Dolly Parton. I love her music.”

I asked Sylvester if there are any musicians that he especially wants to work with. His answer is a bit surprising. “Donna Summer, Aretha Franklin, Benny Goodman, Sarah Vaughan, Carmen McRae, Esther Phillips; I’d like to work with a lot of people, but none of it has come to pass as of yet.”

I am struck by the diversity of the list Sylvester presented. “I want to do things that are fun,” he responds. “I said that I like all kinds of music. I’m constantly creating and having fun — that’s important to me.”

People respond to music and to entertainers differently, depending on which part of the globe the interaction occurs in. There are always comparisons made on how American artists are received here and abroad. Many recording artists from the United States, particularly black jazz musicians, report that they are received better in Europe than at home.

“We’ve performed in South America, Great Britain, France, Germany, Italy and Spain. Anywhere we have performed in Europe, there has been a better reception than in the United States,” Sylvester asserts. “European audiences,” he believes, “are a bit more sophisticated. They come to be entertained.”

“Once you are heard and loved there you can go on and on performing. I’m sure that long after my career is gone here in the United States, I could still go to Europe once a year and be successful.”

Little does Sylvester know how true his statement and how far-reaching his popularity really is. I was in the Soviet Union this past summer, and among the disco jams heard in Moscow and its environs was his monster hit You Make Me Feel Mighty Real. I heard the song again a few days later in Dushanbe, a small Muslim city in Soviet Central Asia, close to Afghanistan and China. Although the guys and gals at the local record hop weren’t doing the Patty Duke, they were enjoying Sylvester and this thing called disco in their own way.

This brings me back to the word disco. Sylvester and I never really drew our discussion of its meaning to any substantive conclusion. But in the meantime, like the good people of Dushanbe, I’ll listen and dance to his music just like everybody else.