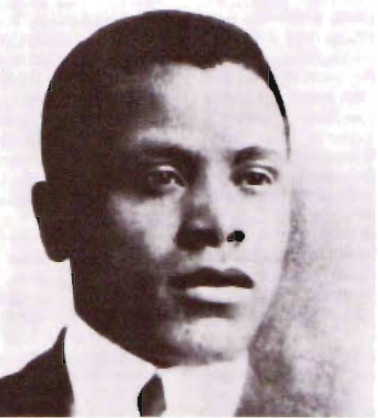 Black themes on the wide screen had their origins long before Hollywood producers discovered their market value. In fact, black film producers were around when the first silent pictures revolutionized American entertainment. Foremost of the black pioneer filmmakers was Oscar Micheaux, whose over 30 films were both ridiculed and imitated by the establishment.

Although his past remained a mystery for many years, today we know that he was born near Metropolis, Illinois in 1884 to former slaves. As a young man, he worked as a Pullman porter, traveling from the Midwest to the Pacific Coast. Later, he became a homesteader in South Dakota but eventually lost his land and blamed his then-father-in law, a minister who later became a character figure in his writings.

Micheaux then turned to writing and became popular for his pulp novels, which he sold, through his shrewd marketing skills, in black communities around the country, in a car loaded with books, he traveled across the country to lecture and sign new contracts. Micheaux became known as a hustler of consummate skill.

Micheaux’s growing reputation among blacks brought his 1917 autobiographical novel The Homesteader to the attention of the Lincoln Company, one of the earliest black-owned film production companies. Lincoln’s president, Noble Johnson, wanted to buy the film rights, so the two arranged to meet. On his way to the appointed rendezvous, Micheaux decided he should supervise the filming. Johnson, a veteran of many early position unacceptable. As a result, two of the most successful early black filmmakers never worked together,

The aspiring film producer then headed back east and attempted to raise enough money to produce The Homesteader himself. He talked midwestern farmers into buying a piece of his yet nonexistent film company at $75 a share. The investment scheme worked, and despite his lack of experience, the film was ready by 1919. It cost a mere $15,000 — a low budget even by early 20th century standards.

The Homesteader opened in Chicago and promptly stirred up a local controversy. The movie depicted a minister as a crooked and two-faced character — not the sort of portrayal expected from a black filmmaker. A scathingly cynical mockery of religious duplicity and corruption appeared frequently in Micheaux’s work. It is said to have had its source in his bad experience back in South Dakota.

There was an audience ready to buy what Micheaux was selling, but he had to have a theatre to show his creations. Independent filmmakers of that period, even more than now, were at the mercy of the major studios for film distribution.

These freelance filmmakers — especially if they were black — had virtually no chance of getting their products widely distributed. Even Hollywood’s black productions, such as Green Pastures [1936], often couldn’t get bookings in many parts of the country, particularly in the South.

One way Micheaux kept afloat during this period, when most other black-owned companies went bankrupt, was to align himself with Frank Schiffman, the white manager of the Apollo Theatre. Schiffman was able to provide some financial help, and Micheaux then got bookings with T. O. B. A. , [Theater Owners Booking Association], a network of black theaters across the country that was later nicknamed the Chitlin Circuit.

In the South, Micheaux was often only able to get special midnight bookings, often frequented by curious white patrons eager to take in his exotic productions for a little risqué fun. Several film writers have speculated that Micheaux included an abundance of nightclub and dancing scenes in his work not just to cover gaps in the plot’s continuity [though he did that too] but also to satisfy the fantasies of his white theatergoers.

Even when Micheaux was able to show his films, he never was guaranteed a fair share of gate receipts. The white businessmen who had the circuit sewed up never shared profits equitably with the black artists who had created their business in the first place. Micheaux’s most successful films, therefore, failed to bring him a fair return.

Artistically, Micheaux’s films were less than stellar achievements. He had to work constantly on a shoestring budget with rented equipment. Four takes on a single scene could leave the production short of footage later, The technicians he used were usually Hollywood castoffs from lily-white craft groups. Thomas Cripps, in his history of black filmmaking, Slow Fade to Black, found that Micheaux’s Ten Minutes to Live [1932] typified the shoestring, race movie, with its tangled racial theme, sparse sets, snippets of vaudeville padding, and jagged continuity patched together with subtitles.

But that is not to say that Micheaux’s films were flops. His Body and Soul [1924] featured the great Paul Robeson in his film debut. In it, Robeson appeared both as a drunken, lustful minister who desired a suitably innocent young girl and also as the young maiden’s poor but very honorable suitor, Micheaux’s narrative was quite confusing. But Robeson’s double role presented a multidimensional view of a black man — a feat that Hollywood, in its long history, has rarely duplicated.

While some of Micheaux’s films held a special appeal for black audiences, such as Birthright [1924], which demonstrated the need for black unity, and God’s Step Children [1937], many of his works were only adaptations of white styles or early versions of blaxploitation movies. For example, Underworld [1936] could very easily have been a Warner Brothers action film. Micheaux also mimicked Hollywood at times by calling his players the black Valentino [Lorenzo Tucker] or Sepia Mae West [Bee Freeman]. Reaction in the black community to Micheaux’s work was often contradictory. Although Micheaux’’s dramas were criticized as working to promote the values of lighter, more middle class blacks, the established black press, which was controlled by that strata, was ironically often very hostile to his films.

This situation worsened after Hollywood made the transition to the talkies. While all-black Tinseltown musicals like Hearts in Dixie and Hallelujah were inspired by the successful films of Micheaux and other independents, the Hollywood films were technically superior to them. Unfortunately, the Amsterdam News at this time chose to ridicule Micheaux’s low budget films, drawing unfair comparisons with Hollywood products, instead of paying tribute to his great pioneering efforts.

This intolerant reaction proceeded from a philosophy prevalent among some blacks that getting dark-skinned actors into Hollywood films, no matter how insulting the role, was more important than black-produced movies. Harlem Renaissance writers Alain Locke and Sterling A. Brown, like other black tended to critics, look toward Hollywood for any compelling view of black life on film. For them, any sign of progress, no matter how small, was array of hope, since the option of promoting the indigenous black filmmakers wasn’t even considered.

Subsequently, black audience attendance at films produced by blacks, just before and during World War II, started to dwindle. Hollywood had, on the one side, its small army of black maids and butlers, and on the other, its white businessmen, who, with greater funding and resources, were grinding out black B movies. The jazz shorts, for example, that we view today for a glimpse of Duke Ellington and the late Louis Armstrong were produced by these entrepreneurs,

Micheaux, by this time, didn’t have the energy anymore for his boisterous promotional tours, and Betrayal [1948] was a dismal failure. But something else was beginning to happen. World War II had forced open US segregated society, as black veterans, feeling they were good enough to die for their country abroad, came back ready to fight for equality at home. In their quest for equality and excellence, the seeds of the Sidney Poitier film persona were planted.