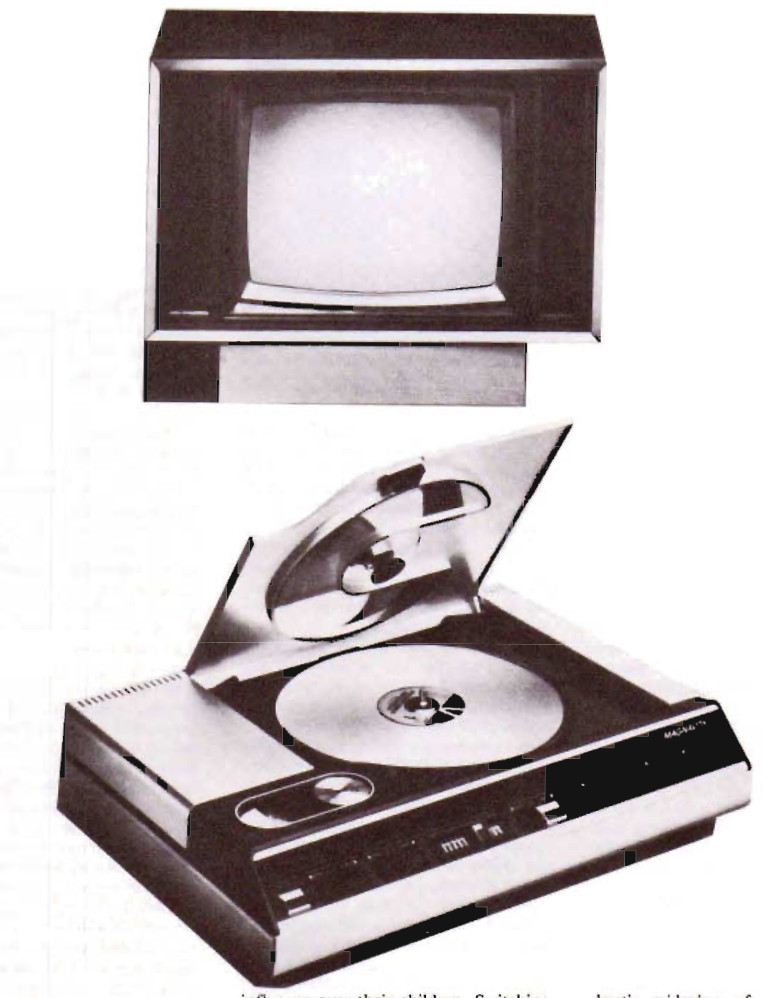 Children often have difficulty concentrating in school. But they don’t seem to have any problem focusing on a television set for hours at a time, to be inundated with cereal ads, inane computerized cartoons and pure commercial garbage.

Up until now, parents have had to wage a frustrating, losing battle with the networks over who will have the greater influence over their children. Switching the dial of the television set has become a rather useless endeavor, when almost all the stations’ bills of fare are served up from the same corporate executive kitchen. turning the set off entirely will bring no end to parents’ headaches either, as the wails of their children soon rival the decibel level of the screeching from the screen.

Parents, take heart. Help is on the way. The 1980s are about to usher in a drastic widening of home video options — a change that will not only transform the living room into a video classroom but will enable parents and children alike to have complete control over what is watched, when it is watched and actually how it is watched. Electronics experts agree that the television set will soon become the anchor for an entire family of home video components — much the same way the phonograph evolved into the stereo component system. In the near future, families will be able to purchase videocassette recorders, video-disc players, video games and at-home optical video cameras to insure quality education and entertainment programming in the home.

The biggest breakthrough will most likely be in home video instruction, as satellite TV systems, cable TV and pay TV bring more educational programming into the nation’s living rooms. Video cassette recorders will be used more for time shift, which enables viewers to record programming for playback at a later date.

But the most versatile at-home learning tool promises to be the video-disc player, which allows TV watchers total control over the manner in which a program is seen — either in slow motion, frame-by-frame, freeze-frame or instant replay.

Video-disc players may even be on the market as early as the latter part of 1980. Magnavox, for instance, plans to introduce its model, Magnavision, in retail stores shortly. The $778 player looks like a sophisticated phonograph unit and plays pre-recorded discs which resemble records. A tiny laser light beam in the player picks up images and sound from the disc and relays them to your home television screen.

No needle or stylus ever touches the disc, so that repeated handling [by kids with sticky fingers] or constant use won’t wear out or diminish video-disc quality. In addition to producing a better picture than that available on most TV sets, the video-disc’s stereo sound tracks can be played on your home stereo system.

The real educational value of videodiscs resides in the system’s easy-to-use features. One of the many advantages of the system is that it permits you to learn at your own pace. Slip on the Math That Counts disc. Run through the explanation, If you don’t understand something, replay it until you do. With a how-to disc, such as How to Play Tennis, you have complete control over the speed of the action, so you can study stroke techniques at varying speeds, even frame-by-frame if you wish.

Analyze the way O.J. Simpson slips, tackles and turns corners, simply by stopping the action and viewing it in slow motion. Another valuable feature for educational use is the freeze technique. Each of the 54,000 frames on a half-hour disc can be found and isolated because each is indexed [like with microfilm]. This means each frame can be studied independently, for as long as desired, without the jiggling effort experienced with projectors. Thus, great art masterpieces can be isolated for study, and frames of underwater treasures can be frozen.

Educational discs will include such varied topics as the solar system, weather and working women. In addition to the instructional material, dozens of feature films will be available.

The video-disc joins other innovations in video technology as one answer for parents and consumer groups who have been voicing complaints about the quality and content of commercial television programming,

As video alternatives become more popular in the home, and lower prices make them more readily available to broader consumers, greater variety of pre-recorded instructional material and programming can be expected. For example, by utilizing the video-disc’s two-channel audio capability, discs of live musicals or concerts could be produced. Other disc possibilities include programs with questions on one channel and answers on the other or English on one channel and a language you want to learn on another.

Not only will the advent of the videodisc change the viewing patterns of your family, it will undoubtedly also force the networks to rethink their programming philosophy.