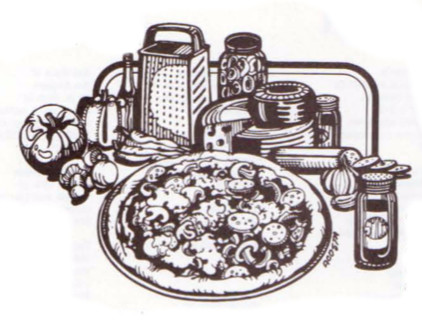 Opinion on what constitutes the ideal slice of pizza in New York is as varied as the innumerable toppings that grace the pies.

Now that the outdoor season is upon us, people will be eating more and more on the run. Thus, pizza lovers will find themselves faced with the agonizing question: Where do I get a good slice?

Though there are hundreds of places to choose from, one can rest assured that New York pizza runs the gamut from the horrendous (mangy mozzarella, with lost-at-sea-sauce) to the sublime (crisp and light, crust, balanced seasonings).

Pizza, originally an Italian dish, reaches into every ethnic nook and cranny of Gotham, and for some has become as indispensable as Monday Night Football or Ryan’s Hope in the afternoon.

Pizza is not, like many have been led to believe, an American invention. But then again, it’s only a partially Italian invention, too. Many Italian cities were founded by Greeks. The most famous being Naples—the home of pizza, but original Neapolitan pizza (pizza napoletana verace) is different from what you now pick up on Eighth Avenue as a slice.

Blistered in a wood fired beehive-shaped oven for three minutes, the thin crisp pizza napoletana verace was a thin, crisp mini-pie, not the popular wedge we have come to know.

Before World War II, pizza eating was generally limited to southern Italy and it was brought to America by the Italian immigrants who settled in the nation’s urban areas. However, the GI’s and the post-war tourist boom brought the pizza to these shores in a big way.

Currently, Americans eat $4 billion worth of the stuff each year. Not surprisingly, pizza is nosing out hot-dogs (street vendors might argue this point), fried chicken and that perennial fast food winner, the hamburger, as America’s favorite fast food. It is undeniably New York’s favorite. The nation’s major pizza chains, Pizza Hut and Shakey’s, don’t stand a chance with the discriminating New York pizza lover. But even without them, pizza is as simple to get in the city as a dirty look from a harried pedestrian. Often the neighborhood pizza parlor is a social gathering place, where people do more eating than socializing. However, the folks who know their stuff often roam like hungry nomads through the hustle and bustle of the city in search of the celestial slice.

Hunting down the ambitious pizzeria is worth it — if you know what to look for. Generally, make sure it’s a clean establishment. The demeanor of the place may well reflect on the kind of pizza you will get.

Primarily, quality ingredients are important, and although pizza’s basic ingredients are simple enough (yeast dough, covered with tomatoes and mozzarella cheese), some slices don’t even meet these minimum standards, never mind appeal to the picky connoisseur. Cheese that you can chew and swallow is only reasonable. A crust that’s not too thin or thick, along with a fragrant tasty sauce, in my opinion, is not too much to ask for. Lukewarm pizza unfortunately, is a recurring phenomenon at lousy storefront establishments around town. It is advisable to watch the person behind the counter closely and keep an eye on what they’re doing with your slice. Your pizza, if pre-baked, should be put back into the oven long enough to help the crust firm up and prevent it from wilting all over the place. Garnish on your pizza is up to you, but the quality of toppings vary from parlor to parlor.

The chefs at Ray’s Pizza (465 Sixth Ave. at 11th Street), place your toppings on the ordered slice, add an extra layer of cheese and let it all bake into the pie.

With these lessons behind us, let’s go out for some pizza. I’ve taken the time to single out some worthwhile places, and I’m sure I may have missed some. After all, there’s only so much of the stuff you can eat. But here are the

My humble apologies to those with good pizza that are not on the list, but not to those who fed me soggy, cold, and flavorless pizza.

At most of these places, you can expect to spend between 50 cents and 80 cents for a slice, and more if you want extra cheese or a particular topping.

The Japanese like their pizza with squid, soybeans, bamboo shoots or strawberries. The French often throw on a raw egg before baking, while Australians go Hawaiian style with a little pineapple. The Brazilians like plums and figs on theirs. And New Yorkers? Well, they like it SMOGGY. (Sausage, Mushrooms, Onions, Green peppers.)