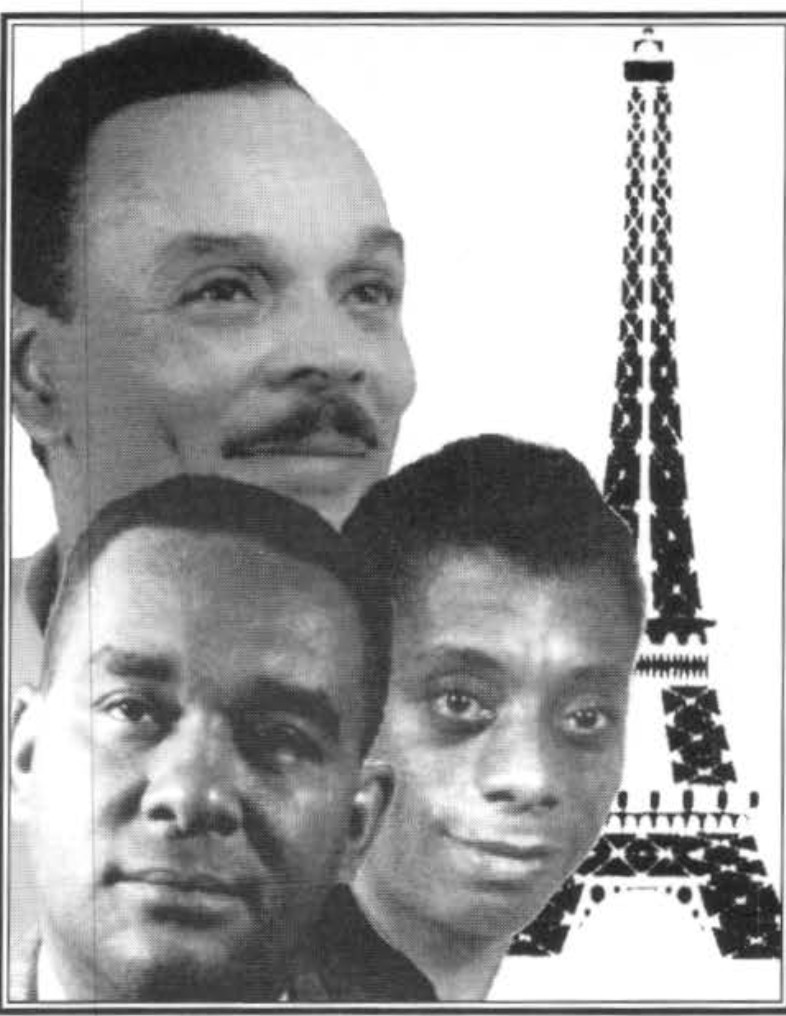 “The initial step was ours. We created the occasion, “Genevieve Fabre told me last month in Paris on the campus of the University of the City. Michel Fabre, her husband, teaches at the Sorbonne and has written several books on African American Literature including From Harlem to Paris: Black American Writers in France 1840-1980 published in 1991. Genevieve Fabre, a specialist on African American Theatre, also teaches at a Parisian university. The Fabres decided it was time to celebrate and chronicle the black intellectual and cultural presence in Europe.

African Americans and Europe, the resulting conference which began with three panels on Richard Wright, featured many of the world’s leading scholars in the field of African American Studies. Wright who died in France in 1960 was the author of several books including Native Son, Black Boy, Eight Men. Uncle Tom’s Children and Pagan Spain, a lesser known work which received a lot of attention at the conference. American Library has just published a three-volume set of Wright’s complete works edited by Arnold Rampersad of Princeton University, Langston Hughes’ biographer.

There were two panels on Creole Louisiana and the second included a paper on writer Alice Dunbar-Nelson, The widow of poet Pau! Laurence Dunbar who was the first black poet to be studied at the Sorbonne. Next year will mark the publication centennial of Oak and Ivy, Dunbar’s first volume of poetry. Women Writers of the Harlem Renaissance, included papers on novelists Nella Larsen, who wrote about crossing the line into white society, and the very proud and proper Jessie Fauset. who was fluent in French. Fauset worked for many years as W. E. B.  DuBois’s assistant at Crisis Magazine where she nurtured the early career of Langston Hughes,

James Baldwin who died in France in 1987 was for many years the most popular black writer in the world. One of the best essayists this century has produced. Baldwin also wrote novels and plays. Like Baldwin and Wright, Chester Himes, who wrote Cotton Comes to Harlem felt forced into exile by racism. These three writers were the focus of another panel

Visitors, from Tuskegee to the Sorbonne paired Anna Julia Cooper, a Washington-based educator who earned a Sorbonne doctorate with Booker T. Washington, politician and power broker, From ira Aldridge to Paul Robeson, Racism in Europe, and From the Harlem Renaissance to Negritude were just some of the many other topics.

“This conference was more important than we could ever have anticipated,” Genevieve Fabre said. Twenty nations were represented, One hundred and fifty scholars from universities all over the world flocked to wintertime Paris. There were over a hundred writers and artists. It was a convocation of immense magnitude, a cross-fertilization of ideas and sensibility, a huge round-table of international sharing,

Paule Marshall, the novelist, spoke last at the opening |reception on February 5, Marshall reminisced about her first trip to Paris when she accompanied Langston Hughes on a U.S.LA. tour. Marshall also mentioned Gwondolyn Bennett, a Harlem Renaissance librarian and writer, who came to Paris in the 1920s. Bennett purchased a pair of velvet trousers to celebrate her new-found freedom. In a way the coincidence itself was like a pair of velvet trousers, a welcomed change from the daily routine for those who could get away for a five-day conference in this foreign city known to he the world’s capital of culture.

The conference was a marathon intellectual feast xcld all over Paris. There was the Sorbonne itself, France’s leading university, the Centre Universitaire Censier, a Sorbonne extension built in the 1960s, and the Palais Luxembourg which houses the French Senate, as well as the University of the City where the Conference wound down with a jazz concert on Saturday, February 9. The Institute de Monde Anglophone, a former medical college from the days when barbers and doctors studied together, now serves as the graduate English division for the Sorbonne and was Conference headquarters.

Just before the jazz concert which featured Cynthia McPherson, formerly an actress from New York, Michel Fabre said, “We are unbeatable together,” and that’s truly how we felt. We no longer felt so impotent, so alone, so powerless in our respective universities. We discovered our strength in Paris.

There were complaints about the way the conference was conducted, and some were justified. The panels were spread out all over Paris and it was difficult, sometimes impossible to get from one to the other. But these complaints must take a back seat to what was accomplished in this Parisian conference that in the words of Randal! Burkett, the associate director of Harvard’s DuBois Institute. “exploded into something unexpected.” We came together from many corners of the earth to feel the volcanic crush of our collective selves and the surge of our vitality.

The Paris conference blended art and academics. There was music, film, theatre. and art. Danny Glover came representing Hollywood. He attended a panel led by Arnold Rampersad of Princeton where an Indian scholar spoke about the mythology of Claude McKay’s novel, Banjo. We had stars from a variety of firmaments all shining together.

We saw the contours of a new international community which is different from the community in which pioneering writers like James Baldwin and Richard Wright and Chester Himes lived. Paris contained and soothed their spirits and offered them a freedom unavailable in America at the time. Now, Paris is base and the world is our home.

See the complete issue of Routes, A Guide to Black Entertainment March 23-29, 1992 as PDF.