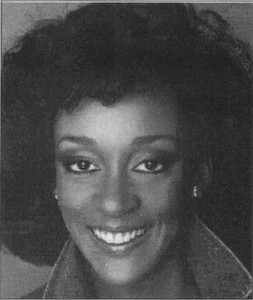 I was passing the window: this cute little pâtisserie in Greenwich Village when the cannoli smiled its big creamy smile. I could swear it whispered, come on in and bite me. I couldn’t resist the temptation. I walked in and ordered the little cutie. I bit into the light, cream-filled, flaky, pastry horn with a chocolate crown, It was pitiful. All build—up and no delivery.

My sweet tooth just had to be satisfied. So I tried the world’s best cheesecake in a restaurant where the sign boasted all baking done on premises. After one forkful, I was ready to sue. They should have kept that premises business to themselves. Then they could’ve blamed someone else.

One last hope. I headed uptown for some of my favorite sweet potato pie. One swallow and I knew I would never shop there again. Why?

I was utterly and completely spoiled. Nothing else could ever please my palate again. No use even trying. I was hooked on the delicious, delectable, delightful taste of Honey Pies, Inc.

The selections at Honey Pies vary from season to season as different fruits and spices become available. There’s always something new to tempt and tantalize the taste buds. Winter, summer, spring or fall, Andrea Smith’s light, tender and flaky, not-too-thick, not-too-thin crusts have moved many to witness and testify.

Gwendolyn Frost melted right down to her socks the minute she tasted Andrea’s old-fashioned pecan pie. She closed her eyes in ecstasy, dropped her head way back, waved one hand high in the air, and used the other hand to raise her skirt above her knee. Then she began dancing a syncopated, sanctified stomp. Oooooh, girl, old hands made this pie, she said after she calmed down enough to speak. I pointed across the room to Andrea and told her that the person standing right there was the one who had baked that treasure. You don’t know what I’m talking about, Gwendolyn said. Call her over here.

Gwendolyn asked Andrea, Honey child, who taught you how to bake like that? Andrea said that she was following her grandmother’s recipe. Nah, girl, you didn’t just follow a recipe. This was made the way old people cook. It’s not just the recipe. There’s a technique and a feeling to cooking like this. You’ve got to get inside the ingredients and work them. She emphasized getting inside the ingredients with a dip in her knees and a bend in her neck. Gwendolyn then made little expressive turns with her wrists and back that clearly indicated that the product and the producer were one and the same.

ROUTES: Your grandmother is very old, isn’t she?

Andrea: My grandmother is dead. But she was very old when she taught me how to bake.

ROUTES: I know because very few people cook Tase or Contents I like this any more. How did you get started?

Andrea: My pies first became popular around 1988 on the house party circuit. You know, where people ask you to ‘bring a dish.’ I brought a pie once or twice and soon everybody was asking me to please bring ‘one of those pies.’ After awhile, I began to take special requests from friends who wanted a pie or two for some special occasion. I only charged them my cost. It wasn’t long before those special request orders got to be so many and filling them was so time-consuming that I seriously considered going commercial like so many people said I should. It wasn’t until I met Fred Jackson in a karate class that the serious consideration became a business. Fred handles the business end, but he also bakes and doesn’t mind ‘pitch hitting’ on the creative end. In the beginning, we were baking in the Bronx out of Fred’s house because he has a huge kitchen with two ovens and two refrigerators. But the response from restaurants was so overwhelming that our operation quickly outgrew our small accommodations. We literally got orders for hundreds of pies a day. We just couldn’t keep up. Unlike most new businesses, we closed due to too many orders instead of too few. I was still torn between my other career then, too.

Andrea Smith is an accomplished stage and screen actress. She has faced the footlights at the Negro Ensemble Company and various regional Shakespearean Theatres. She has also appeared on popular television soaps, As The World Turns and Another World and a role in the film Night Hawks.

“I love both arts, culinary and performing, Andrea says. But I can’t do them both without making each suffer because they both require so much of my time and energy. I guess I finally decided on baking because I was in greater control there. So much in acting depends on looks, age, who you know, what you’ve done and other variables that have nothing whatsoever to do with talent. The success of my pies is solely dependent on my talent, on my ability to make them.”

Angela’s talents are finely honed and eagerly sought after. She and Fred now include their unique desserts on the menus of Marvin Gardens, Wilson’s (at West 79th), Popover Cafe, Bahama Mama, Peppermint Park, Breadsoul, Over-the-Counter, Docks, and Teacher’s Too, to name just a few of Honey Pies’ regulars.

Their new location is 410 Lenox Avenue between 130th and 131st Streets. Primarily wholesalers, they plan to branch into the retail market soon. Andrea said they will always maintain a Harlem base and that their other plans include a small restaurant that will specialize in entree pies like quiche and chicken pot pies and a line of dessert pies featuring her own rich homemade ice creams.

When asked how she raised the seed money to renovate and open the bakery Andrea said, Most of it came from family and friends with an extra special mention and thanks to Kaz and Tina. Fred and I were both reluctant to ask at first, but the support we received was generous and unhesitant. Sometimes what you need is out there waiting for you… .. You’ve just got to find it.

Here is the pdf , in case you’d like to see the original layout of this ROUTES issue from March-30-April-5,1992 as pdf.