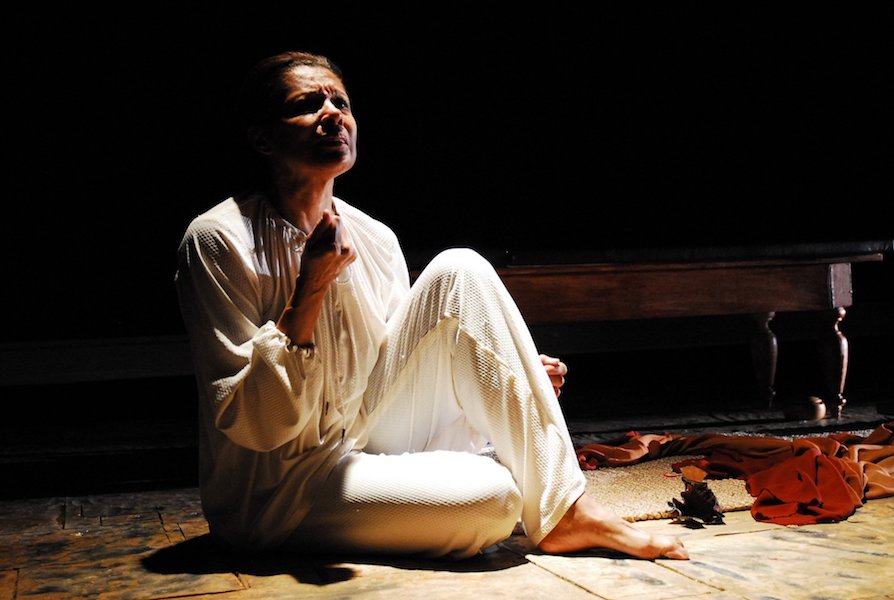 Petronia Paley can confidently lay claim to the titles Actor, Director, Teacher, Fine Art Painter, Writer, and Producer. She’s actively pursued an acting career, but the other careers along the way segued into the next—seemingly by pure serendipity.

Petronia Paley was born in Albany, Georgia, but “I grew up in Milledgeville Georgia, she says “living with my maternal grandmother soon after my grandfather died. My mother had returned to college after my birth and after graduation went on to teach school in another town. My father and paternal grandparents lived in Albany. On holidays, I travelled to Albany to spend time with them. I lived (in Poughkeepsie) for two years before going to college.”

Petronia credits her love of the Arts to having been the only child. “As an only child, I found ways to entertain myself and that fostered a vivid imagination. I used to love dressing up in my mother’s and grandmother’s clothes to become different people. I found a way to be comfortable with and by myself.” Petronia had never performed in school theater productions and doesn’t remember a particular love of the craft in her youth. But a childhood classmate recently assured her that, “Acting was always a passion” of hers, long before she graduated from Howard University with a Bachelors degree in Acting.

Petronia left Washington, DC for New York City after graduation. “New York was more accessible in my mind than Hollywood. Plus my mother was upstate.” At the time, African Americans in New York City pursuing careers in performance usually wound up at Douglas Turner Ward’s Negro Ensemble Company (NEC) for direction and opportunities. NEC’s celebrity alum still shine some of the brightest lights on Broadway and amongst the Hollywood stars, past and present, including: Adolf Caesar, Yaya DaCosta, Roscoe Lee Browne, Angela Bassett, Esther Rolle, S. Epatha Merkerson, Barbara Montgomery, Cleavon Little, Denzel Washington, Danny Glover, Laurence Fishburne, Debbie Allen, Phylicia Rashad, Samuel L. Jackson, Delroy Lindo, and many, many more. At NEC Ms. Paley took classes with Hal DeWindt, model turned actor/director/producer (Founder/Artistic Director of the American Theater of Harlem, and the Artistic Director of the Inner City Repertory Company in Los Angeles). Petronia’s second NEC role was Hope in Leslie Lee’s First Breeze of Summer, and turned out to also be her Broadway debut. First Breeze is one of the first black dramas produced on Broadway along with Lorraine Hansberry’s A Raisin in the Sun and Melvin Van Peebles’s Ain’t Supposed to Die a Natural Death.

Ms. Paley then became one of the pioneering African Americans in soap operas, landing a contract role on the daytime serial drama The Doctors as Dr. Jessie Rawlings for a short stint that she called “awful.” But producers must have disagreed because she moved on to One Life to Live as Harriet Johnson for about 9-months, then she portrayed Quinn Harding on Another World for 6-7 years, and finally played Vivian Grant on The Guiding Light. “Soap opera actors weren’t considered real actors in those days,” Ms. Paley explained without regret or apology, “but it was a good twenty years. Profitable.”

After the Soaps while directing a reading at The Frederick Douglass Creative Arts Center (FDCAC), Fred Hudson, FDCAC’s Artistic Director, impressed with the in-depth instructions she gave the actors for the reading, asked that she become a regular acting instructor at the center. She has been teaching for decades, today she conducts her I the Actor Class Scene and Monologue Workshops in mid-town Manhattan (email her for days, locations, and fees at petronia@itheactor.com).

Petronia’s directing includes several award winning and nominated productions like; Anthony & Cleopatra for TWAS (Take Wings and Soar, Debra Ann Byrd’s classical theatre company). This Actors Studio actor also performs the classics like her AUDELCO Award winning role of Clytemnestra in Electra for the Classical Theatre of Harlem, and Gertrude in Hamlet for TWAS. One classic highlight was receiving a Helen Hayes Award nomination for her portrait of Hecuba in Trojan Women performed with the Shakespeare Theatre in Washington, DC. Another crowning moment was playing Jocasta/Eurydice for a Shakespeare Theatre production of The Oedipus Plays that travelled to Athens, Greece where it was performed at the Odeon of Herodes Atticus – a stone, outdoor amphitheater located on the southwest side of the Acropolis. The Oedipus Plays featured a stellar cast that included: Avery Brooks, Earl Hyman, Michael Genet and Rosalyn Ruff, directed by Michael Khan.

She began writing short and full length plays to fill a need to write. She joined a writers group for a while that also helped her develop her compositions. She wrote I the Actor, a compilation of monologues, and an unpublished illustrated children’s book. Then she penned her critically acclaimed and AUDELCO winning one-woman show, On the Way to Timbuktu because she desired richer roles for her maturer self.

“Roles for mature African-Americans are often limited and unchallenging. I want to always keep growing and developing as an actor, so I wrote a play about a woman dealing with identity, race, sexuality and betrayal – things that are important to me. I wanted to empower and challenge myself to leap into the void.”

“I started drawing about 15 years ago and I loved it. I forced me to observe, to see in a deeper way. At some point. Between directing and researching a reading of a play about Nikki de Saint Phalle, I had the urge to paint, to work with color.”

Library books taught her how to draw beyond stick figures. Yoga also helped her to go inside herself and develop a better understanding of the mechanics and musculature of the human body. She told no one about her reawakened infatuation. She just painted and experimented with textures, techniques and paper. Then while far from home, performing in The House That Will Not Stand by Marcus Gardley at the Berkeley Rep. in northern California, she began missing her favorite pastime. She did not ship her paints and other materials, but began doing collages.

Petronia’s mother passed away two years ago. While she was sorting through her things, Petronia came across several paintings and collages that her mother had saved from her school years. Ms. Paley continued her Romare Bearden-like collage works that have been garnering many praises and patrons of late.

The Westside Arts Coalition displayed several of her works for three weeks in June. The Harlem Arts Alliance named Petronia Paley The Artist of the Month in 2013. Cornelia Street Café in the West Village had two of her pieces on display as part of the show “Actors who Paint,” curated by another actor/artist Kim Sykes. Cheri, a French bistro in Harlem, has been selling Petronia’s originals that have been gracing their walls for months.

How many different pots can Petronia Paley handle on the artistic burners? She enjoys cooking spicy international cuisines of India. A possible future endeavor might be cooking, class in Moroccan cooking, another favorite. . Petronia says she “enjoys cooking and creating healthy, herb-rich foods…” but don’t expect an invitation to a dinner party anytime soon.

Keep abreast of Petronia Paley through her websites: Itheactor.com or onthewaytotimbuktu.com