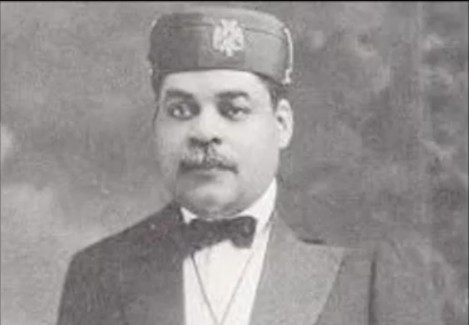 This article appeared in the Wednesday’s January 29, 2014 edition of “The Charleston Chronicle,” www.charlestonchronicle.net.

Who Was
Arturo Alfonso Schomburg?

On the eve of the arrival of this year’s national Black History Month’s observances, I want to wish you a merry experience. Learning about one’s self and heritage is culturally healthy for all “brothas and “sistahs” of color. It’s a real necessity to study and reflect on the importance African History and African-American “Our-Story” in our respectIve minds and souls. Know!edge is power and there’s no denial about that.To that end, I am an Obsessed student of-our-story: forever seeking more awareness of self, no matter where the paths to legitimate knowledge may take me. Sadly, though, for some of us in our ebony ethnic ­configurations it’s not that relevant.That brings me to a point I’d like to share with your aware ears, mind and heart. You see, last week, I came in contact with an unassuming young Black male and female couple in a local grocery store.

The young brother came over to me from where I was standing and inquired of me if I was the same gentleman who wrote for The Chronicle, to which I replied, “Yes.” He said he recog­nized me from the newspaper because he read it at his barbershop. Upon engaging in a very brief rap with him and thanking him on behalf of the newspaper, his lady friend became annoyed: I didn’t understand why and quickly he said to me (under his breath) to excuse her, because she didn’t know too much about Black culture and she didn’t read The Chronicle at all.

As the young brother, with a little more than sudden disgust and angst on his face, stepped away from me to rejoin the “sista,” in the advancing customer line, he shyly asked me what was I going to write about this week. I told him I didn’tknow, but I said that I felt like writing a little something about a hero of mine named Arthur Schomburg. Hearing this, the young lady arrogantly and annoyingly blurted out towards the direction of the young man, in the midst of all of the other customers in line, “Who is that?” Being the soul that I am, I realized that the young “brotha” was truly embarrassed and probably wanted to be anywhere but there in the grocery store at that moment.

I gave him a consoling nod, so as to say, “It’s okay,” because I’ve also been in a few (funky) arenas like that in my life. Like I always say, “It is what it is,” and some “colored” folk are going to be who they are no matter what you do or say. (Case closed.)

In thinking about writing this week’s article over the weekend, the demoralizing confrontation between the young couple and Mr. Schomburg’s name and life kept popping up in my head. My mind said write another theme that was flickering in my thoughts, but my heart said why not write a little informative piece on Mr. Schomburg, in honor of the young “sista” at the grocery store.

Because of her unfamiliar outspokenness about Mr. Schomburg, I dedicate this week’s piece, with love and respect, to her and all The Chronicle‘s vast local, state and national readership fan base. In more ways than one, I wish to thank her for giving me the inspiration to inform everyone about Mr. Schomburg.

First, Mr. Arthur Schomburg’s correct birth name was Arturo Alfonso Schomburg, and he truly was a great man of knowledge and conviction. He was a student of knowledge, who I respected to the umpteenth degree. Mr. Schomburg was born in Santuree, Puerto Rico on January 24, 1874 to a mother, a Black freeborn midwife from the Virgin Islands, and a father, who was of German descent. While growing up in Puerto Rico, Mr. Schomburg, being of mixed ancestry, was told by a teacher that Black people had no proud history of their own. Does that sound familiar?

He was told that Blacks had no sheroes, heroes or worthwhile accomplishments of merit. This bigoted and ignorant assertion by his teacher bothered Mr. Schomburg to the very root of his ebony ethic sensitivities. He decided, driven by the love of his own inner African identity, to be determined that he would find and document the accomplishments of Africans on their continent and in the Diaspora, including all those languishing in the Caribbean and South America, past and present.

His educational journeys began initially in his native country and then at St. Thomas College in the Danish-ruled Virgin Islands, where he studied Negro Literature. This caramel-colored brother immigrated to America in 1891, settling in Harlem and remained dutifully committed to trying to figure out the African cable in the framework of the shaping of the Americas.

Being a man of unique coloration and facing racial bigotry in New York firsthand, this proud Black man identified with the Afro-liberation consciousness movement and began calling him­self “Afroborinqueno.” This designation, which literally means “Afro-Puerto Rican” was consequential for Mr. Schomburg because he wasn’t ashamed to be Black or to be of African her­itage. In later years, while working and still living in New York with his wife and sons, he began writing about African-American and Caribbean histories. “Is Hayti Decadent?”, his first known article, was published in 1904, followed by a 1909 published pam­phlet, Placido, a Cuban Martyr about the poet and independ­ence fighter Gabriel de la Concepcion Valdez.

In 1911, Mr. Schomburg and John Edward Bruce co-founded the New Society for Historical Research to bring together African, African-American and West Indian scholars to advance the cause(s) of authentic Black scholarship. This coincided with Dr. Carter G. Woodson’s cofounding the Association for the Study of Negro Life and History in 1915. This organization is now called the Association for the Study of African-American Life and History. Among Mr. Schomburg’s other celebrated involvements was his participation in the storied 1920’s Harlem Renaissance movement. He also was co-editor of the 1912 edition of Daniel Alexander Payne Murray’s Encyclopedia of the Colored Race. This radiant and undeterred scholar was famous for his 1925 masterpiece essay, The Negro Digs Up His Past, which was dedicated to and devoted to the Harlem intellectual life. Being an accomplished and renowned bibliophile, his entire private extensive collection was purchased by the New York Public Library (NYPL) in 1926 for $10,000.

The world famous NYPL’s 135th Street branch is named after this great “our-storian,” bibliophile, teacher, and student of researching and collecting the African Experience in all of its aca­demic dimensions. His oollection consisted of slave narratives, rare manuscripts, artworks, books and other artifacts of Black “Our-Story.” He died in 1938.

The Arthur Schomburg Center for Research in Black Culture in Harlem is a must-visit for any and all seekers of knowledge about the African Diaspora. Mr. Schomburg’s pursuit of same should serve as an inspiration for everyone including Africans, Latinos, Puerto Ricans, West Indians, African-Americans and others to do likewise. Arturo Alfonso Schomburg, .. a.k.a. as Arthur Schomburg, was quite a “brotha.” Respectfully, I love that man.

In closing, after objectively reading this, is there a need to ask now, “Who Was Arthur Schomburg? If you agree, then you need to get busy and spread the word of his endeavors in unearthing “our-story,” For today and always, study, research, collect and enjoy Black “Our-Story” Month. That’s,”As I See It.”

Hakim Abdul-Ali
For more than 25 years, Hakim Abdul-Ali has been a columnist and freelance writer for "The Charleston Chronicle" in Charleston SC. He writes columns which deal with spiritual, motivational themes and varied cultural events & activities that pertain to the African-American and African diaspora communities at large.
Latest posts by Hakim Abdul-Ali (see all) 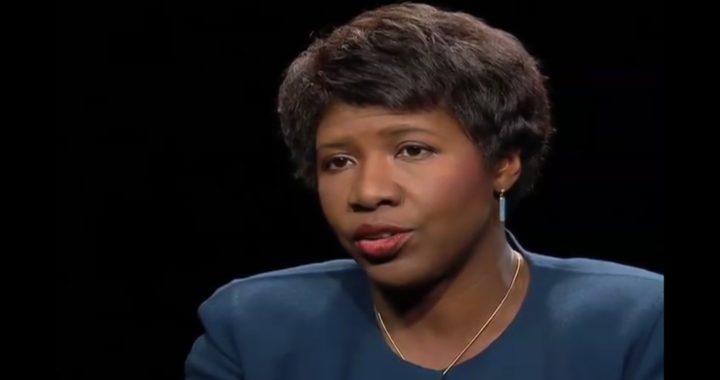 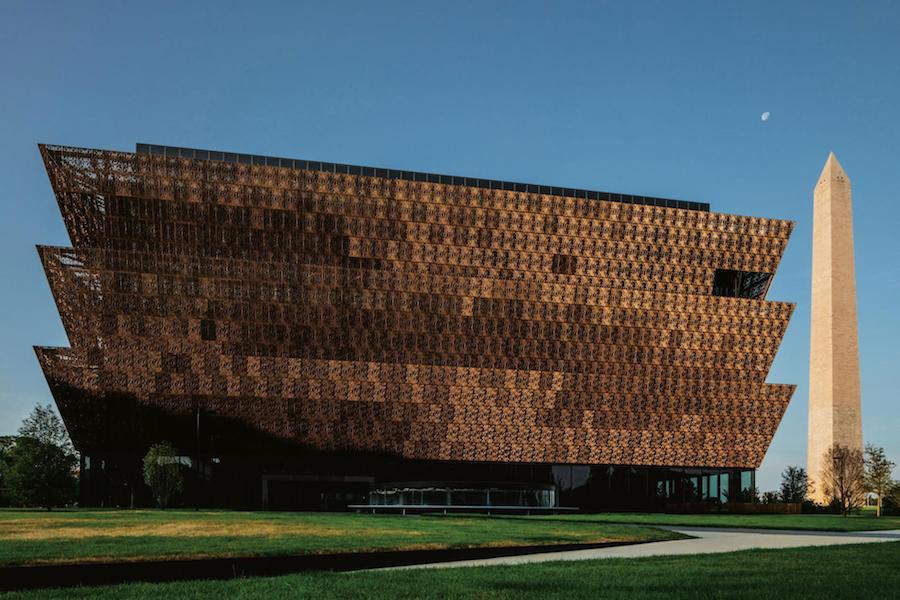 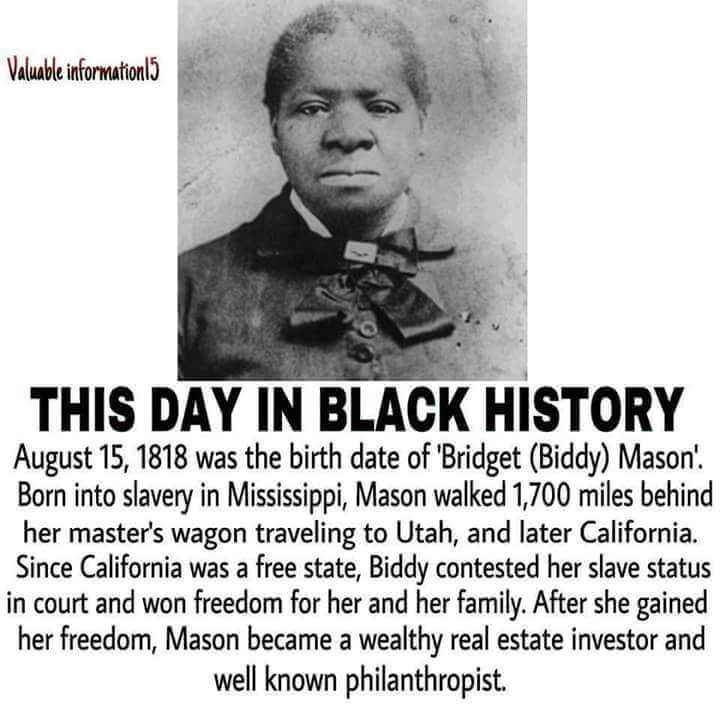