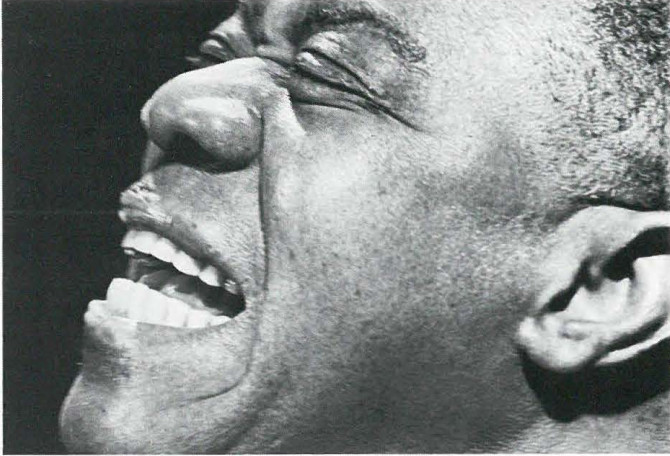 New Orleans is the home of Mardi Gras festivities in this country, so there is no better time than Carnival to pay homage to that city for its enormous contribution to American music. New Orleans is a unique city in America’s cultural history; it is the birthplace of “organized” jazz.

Mardi Gras in New Orleans, is characterized by bright clothes, excessive drinking and infectious gaiety, and is highlighted by some of the best marching bands in America today.

It is the music, in fact, that distinguishes the predominantly Black Mardi Gras festival in New Orleans from the European carnivals, which gave birth to it.

Mardi Gras is a European, Roman Catholic tradition. Mardi Gras and Saints’ Day have always been joyous occasions in France, Spain and England. But the difference between the European festivals and their counterparts in the Caribbean, South America and the United States is the joyous music, especially in New Orleans. It was here that two musical traditions merged to form a new type of music.

The first of the traditions originated in Europe, from the French came the folk song and dance; the English and Irish gave their sense of balladry; and a Black art form called “ragtime” also was considered part of the European influence because it had Europeanized cadences and chordal structures.

The second tradition was represented by the rhythmic and emotional appeal of spirituals, work songs and, most importantly, the blues. The result of this cultural merger was a unique instrumental music that had a greater appeal in both rhythm and passion than any music before it.

It was in New Orleans that the “front line” musicians developed. Trumpets, trombones and clarinets generally made up the front line. Their function was to improvise simultaneously around a melody and its underlying harmony.

While the front line musicians wailed away, another new development called the “rhythm section” would provide a harmonic/percussive accompaniment. The rhythm section — which usually consisted of guitar or banjo, string bass or tuba, drums and piano and the front line were the characteristics associated with this new wave of New Orleans jazz. It’s no wonder then that New Orleans is credited with turning out many of the early jazz greats.

The legendary “Buddy” Bolden (1868-1931), a cornetist with remarkable improvisational skill, is considered the founder of New Orleans jazz. Several New Orleans based musicians formed a group called the Original Dixieland Jazz Band. This group, with great instrumentalists like Joseph “King” Oliver (1885-1938) another legendary cornetist, and clarinetist Sidney Bechet (1897-1959), was responsible for coining the phrase Dixieland Style.

The most renowned figure to emerge from the Original Dixieland Jazz Band was bandleader/composer, “Jelly Roll” Morton (1889-1941), one of the most important New Orleans products. Jelly Roll’s works, which included King Porter Stomp, Grandpa’s Spells, and Black Bottom Stomp,  was of the new wave of New Orleans jazz. It was said that compositions were “a kind of synthesis and summary of Afro-American music up to that time.”

Emerging from the ranks of “King” Oliver’s proteges was the single most important figure to come out of New Orleans, the great cornetist/trumpeter, Louis “Satchmo” Armstrong (1900-1971). By the late 1920s, Armstrong, considered by many jazz historians to be the greatest jazz figure ever, had developed into a virtuoso trumpet soloist. His innovative ideas about melody, harmony and rhythm influence the improvisations of jazz soloists even today.

Henderson, somewhat of an innovator himself, was in the process of developing a jazz style for conventional dance bands. According to Henderson, “Armstrong changed the whole idea of what such a style might be.”

Drawing from his firm roots in New Orleans Dixieland style, Armstrong entered Henderson’s band with fresh ideas about jazz accentuation, rhythm and improvisation. He knew “what to change, what to embellish, what to omit, and what to invent in order to turn even the most ordinary melody into an exultant, eloquent musical statement.”

Although trumpeters like Roy Eldridge, Dizzy Gillespie and Miles Davis expanded and improved Armstrong’s techniques, they all gave Armstrong credit for their style of playing. When he died, many jazz historians echoed the sentiments that Louis “Satchmo” Armstrong was New Orleans jazz personified.

New Orleans jazz did not die with Satchmo. Most of modern jazz throughout the entire world is built on the foundations laid by those early artists inspired and influenced by the lively New Orleans atmosphere. The basic rhythmic structure of modern jazz centers on the familiar cadences of New Orleans’ style jazz. The method of front line musicians soloing around the melody while the underlying rhythm section maintains the flow is as prevalent in the 1970s as it was in the 1920s. Even the instruments in the front line and the rhythm section still are basically the same.

Unlike New York, Los Angeles, Pittsburgh and countless other urban centers in America, New Orleans is a somewhat forgotten city until the beginning of Mardi Gras festivities. This is unfortunate because New Orleans is a city of wealth. Miles Davis, Dizzy Gillespie and Roy Eldridge are as much a product of New Orleans as are King Oliver, Jelly Roll Morton and Louis Armstrong. The roots of all of them are firmly planted in “organized” jazz. “Organized” jazz is the strength of America’s music culture, and New Orleans is “organized” jazz.