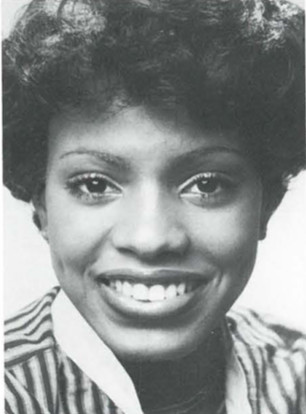 One of last year’s more noteworthy screen performances was Sheryl Lee Ralph’s portrayal of Barbara Hanley in A Piece of the Action. Sheryl, as Barbara, viciously attacks the motives of a social worker [played endearingly by Hope Clarke] by calling her a poverty pimp and bourgeois in a scene that leaves the audience limp.

A graduate of Rutgers University, Sheryl won the part by beating Sidney Poitier’s daughter. “You have to respect a director who doesn’t give the juiciest part in the film to his own kid,” Sheryl says. “but I had that part down pat. You see, Barbara was a girl at school who thought I had eyes on her man. One day she came up to my room to straighten me out; I never forgot that girl’s anger.”

That role has opened the doors to many others. After losing a part in the now canceled Sanford Arms, Sheryl has a pilot for ABC on the boards. “It’s a Black take-off on Laverne & Shirley,” the lovely actress says. “It’s called Looking Good and I’ll play a beautician living in Detroit.”

Sheryl attributes her initial success to faith in God and strong family ties. “I really believe someone up there is watching out for me; and my family has been super with their support.

Any advice to aspiring actresses? “Don’t get discouraged, I was devastated when I lost the part in Sanford Arms;” her smiling face turned into a frown at the thought. “But Mr. Poitier told me not to give up. One week later Looking Good came around.” The beaming smile returns.