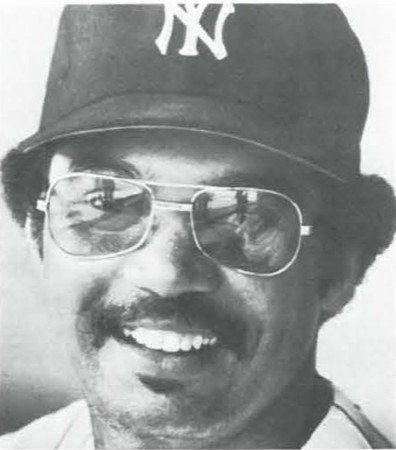 Let it be known that New York City has two major league teams — the Yankees and the Mets. And that is where the similarity ends. One team is a champion, the other is a chump. One has all of those nebulous ingredients that allow a team to clinch a Pennant; the other has odds of 100 to 1 that it will never reach that particular plateau.

Let’s face it, any major team, statistically, can be matched against any other great team and win or lose accordingly. Luck must be considered a part of any sport — and the fickle ways of luck take its toll on the greatest teams of any sport.

Why will the New York Yankees win the Pennant?

Why will the New York Mets have to wait for another miracle?

The reason why our American League team [placing luck aside] will clinch the title will be due to one of their strongest assets — pitching. The old Yankee pitchers will give us the Pennant. The likes of Figueroa, Hunter [stay well], Tidrow, Clay, Beattie [get him off of the farm], Mirabella, Gossage [hope the toe heals welL] and the man himself Ron Guidry [so, he lost the first game]. Add to this ingredient the likes of Tiant and John and voilà — another Pennant secured.

I keep wondering who will out-run Mick, the quick, Rivers? Or play defense better than Graig Nettles? Or Dent? Or Randolf? Or Chambliss? Who will mesmerize more than Reggie Jackson? Or play harder than the likes of Lou Pinella and Thurman Munson. There is an answer to these questions, but fortunately for New York, the answers are to be found in the All Star game not on any one other team.

With reserves such as White, Johnstone, Johnson, Spencer, Stanley and so many more, the Yankees are the team to beat. Eat your heart out baseball fans [non-Yankee fans that is] ‘cause the 1980s look like ours just as the 1950s were. And in case you’re still out of breath looking at those amazing 1978 reruns of Yankee greats that followed 1977, and 1976 and even 1975, the only thing I can add here seems a little redundant — I love New York. Oh, I forgot to mention Mr. Lemon. He must love New York too.

I would like to list 100 reasons why the Mets are a 100 to 1 shot at not gaining the Pennant — but sorry folks my editor says that I can’t. Rumor has it that he was an old Met fan in the days of Tom Seaver — remember him?

Regarding the Mets, some pertinent questions remain. Can a team exist today with no free agent buying? Can a team that has no great power be much of a contender? Can a team that has no real bench survive the season? And where is the bull-pen that all good teams deem so necessary to sustain those 160 plus games? The answers to these questions are not to be found with the National League Mets. Don’t ask Manager Torre to help answer any of these questions either. He’s much too engrossed selling suits, jackets or combinations. What the New York Mets needed this year was security, Mr. Torre, not Bonds’ clothes.

For all of those Mets fans here is my forecast. With strength from Stearns, Montanez, Henderson, Norman, Mazzelli and of course, the newly acquired Hebner, the Mets will win as many games as they lose. 500 ain’t all that bad in the National East division. I think it will mean that the Mets will climb out of the cellar and find themselves in third or fourth place. Wishful thinking is hoping that no team will win more than half of their games in the N.L. East. That situation would, of course, place the Mets in first place. See how far a little bit of optimism will stretch? I must love New York. That’s the way I see it.