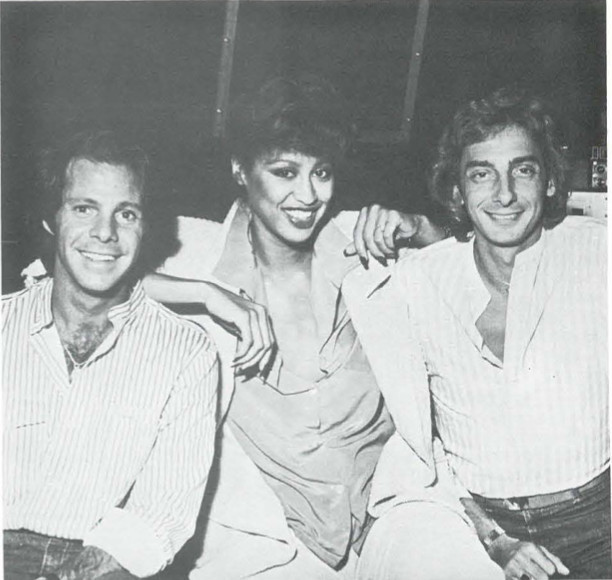 Since her meteoric rise to name status, Phyllis Hyman has been showered with superlatives that would make anyone’s head spin. She’s young, talented, tall, and strikingly beautiful, and best of all, a great deal of the praise heaped upon Phyllis comes from her peers within the music industry.

After listening to her album Phyllis Hyman and being asked to write a Phyllis Hyman cover story, I reached for the Thesaurus in search of new words to express what had already been said in countless reviews and profiles of the Philadelphia-born lady of song.

But then I ran across a short notice in Jet Magazine where Phyllis talked about the plight of battered women and, in no uncertain terms, expressed her disdain for wife-beaters. “Any man who beats a woman is a dog,” she contended. I then realized that another side of Phyllis had to be talked and written about.

“I can’t stand to see these injustices done to people who have nothing and no one to protect them,” Phyllis remarked, expounding her views regarding the physical abuse of women as we sat in a midtown restaurant. “I don’t formally belong to S.O.S. [Save Our Sisters, an organization dedicated to helping abused women], but I am with them spiritually. I donate clothes; I speak up.”

“I think it is important to realize that women, at least some of them have to be totally re-educated. They have to understand their worth. Some women think getting beaten is just a part of married life.”

“The ultimate crime against a woman,” she stressed, “is rape. Rape is not a sex crime, it is a violent crime. A friend of mine was raped; she never received any real justice. Never mind what it did to her head; the rapist knows what he did, and she’ll never forget what happened. It was a trauma.” She explained that in her friend’s case the rapist attacked the woman at gunpoint. She was committed to a hospital four times in a row. Being raped does something to a woman’s psyche.

“If we are going to have a better country, women and men have to come to an equalization. Times have changed for women — they are working, they are creating, they are entering the mainstream of American life. Who wants the luxury of sitting at home and being waited on all the time? It’s boring and it’s out of date. Why let some man do for me what I can do for myself? I don’t need a man; I want a man. And that is quite a difference. If you need a man to survive, what’s your purpose in life?”

The man in Phyllis’s life, her husband Larry, significantly shares her own point of view. My husband is the first one to admit that you’re not much of a man if you have to physically abuse a woman to prove your strength and worth. Never having experienced physical brutality herself, Phyllis yet deeply shares in the anguish of others. “I don’t have to directly encounter brutality to know what it’s like. I can feel the pain. I can see the bruises. Furthermore, physical abuse” Phyllis insisted, “isn’t the only type of victimization.” She related experiences, dating back to her youth, in which she witnessed friends in their relationships with certain men suffering under a mental anguish almost as acute as its physical counterpart.

Phyllis’s keen perception of social phenomena didn’t just fall out of the clear blue sky. Her philosophy was shaped by impressions and experiences rooted in a working-class family in which seven children were reared against the shadows of the giant steel mills of Pittsburgh. “I have worked all my life,” she said, “as a legal secretary, as voter registrar and as a file clerk for General Electric. I have served desserts in restaurants, and I have taught reading to young kids in a volunteer neighborhood program.”

Phyllis then reminisced about her family and growing up in Pittsburgh: “We were a below middle-income family. [She avoids using the terms poor or poverty because to her poverty is a mental condition, a hopeless frame of mind.] We were rich in human areas. We didn’t have material things, but then I didn’t miss them either. My parents, I felt, were not obligated to give me things. Money can’t buy a moral attitude.”

That moral attitude, more than anything, seems to have kept Phyllis above water in an industry that has wrecked the psychological fabric of many a would-be and even many a successful entertainer. “Singing is not enough for me. I couldn’t enjoy the success from singing alone,” she related. “I remember when Angela Davis was put in jail, black and white people alike rallied to that lady’s defense. It was so beautiful to see it. I‘ve never met Angela, but I know she is well-educated and that she‘s doing things to help other people. Her release affirmed that there’s power in the masses. If we stick together, we can make changes.”

“Angela proved it. So many people — especially our people — are quietly being shafted and railroaded into a penal system into which they disappear,” Phyllis then explained. “If you are going to get involved in movements and causes, you have to keep your own ego out of it. In order to be effective, you have to adhere to the principles of the human spirit.’’

It was Phyllis’s own spirit and belief in her talent which led her to New York in 1976 and gave local nightclub owners on Manhattan’s Upper West Side unwavering faith in her ability to make it.

Phyllis enjoys the New York nightclub scene and thrives on performing in its intimate atmosphere where she can touch the audience and respond to them. “In the big halls,” she noted, “all you see are the first three rows; you don’t know what’s going on in the rest of the place. Sometimes I wonder how the others in the audience are receiving me.”

“I worked at Mikell’s Restaurant on 97th Street for at least two months,” she recalled. “It seemed like I lived there; it became home to me. Performing there six nights a week, I got to know everybody.” At Mikell’s, Phyllis served jazz, funk and ballads in a varied menu that ranged from the Isley Brothers to Duke Ellington.

Word of Phyllis’s talent and personable appeal spread rapidly through the Big Apple, and soon such notables as Roberta Flack, George Benson, George Harrison, Stevie Wonder, Jon Lucien, and Nicholas Ashford and Valerie Simpson dropped by to hear the new voice in town. It was at Mikell’s that she first met Norman Connors with whom she made her first big record splash Betcha By Golly Wow.

Since then, of course, Phyllis has had her own album releases, her latest being Somewhere In My Lifetime, which, according to one Fifth Avenue record dealer, “is going like hotcakes.”

Phyllis Hyman is not content to merely bask in the limelight. She would like to lecture to young, aspiring artists about the music industry, its pitfalls and traps; she wants to involve fellow artists in making it easier to survive in a dog-eat-dog business.

“Hustling was never my scene,” she pointed out, as our interview drew to a close. “In the black family we have to pool all our resources. Even though artists are made to compete with one another, I don’t think it has to be done in a negative way. I want everybody to look right. If one of us looks bad, it makes us all look bad.”

Now, if that’s not a human spirit…