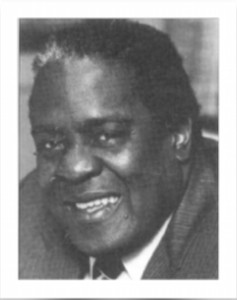 After a long absence Ashton Springer who made history back in 1970 as the producer of No Place to be Somebody, the first black play to win a Pulitzer Prize, has sprung back with a show called Lotto, just opened at the Heckscher Theatre.

“It all started two years ago,” Springer said recently in his Broadway office. I was talking to Cliff Roquemore, the playwright and he wanted to do a gospel show, but I said gospel was played out. What we need now is a comedy that every one can enjoy, a family show. Thats when I thought about Curtis Sharp, the guy in New Jersey who won the lotto. So I suggested he write something about that. He did and I liked what he did with the first act, but the second act just wasn’t right. We put on a showcase anyway in L.A. in October 1990 at the Ebony Showcase. We worked with the show until early 1991. I was thinking of doing a full-scale production in Los Angeles. But, one day I was talking to Marjorie Moon on the phone about it, and she said she would like to read it. She loved it, and scheduled it at the Billie Holiday for the end of October 1991.

Springer and Roquemore used to work together in Detroit in the early seventies. “He was a young whippersnapper. We did No Place to be Somebody, Ain’t Supposed to Die a Natural Death, and Norman, Is that You with Godfrey Cambridge at the Vest Pocket Theatre in Detroit. Cliff was the stage manager for our informal resident company. When I left to come to New York, half of the people in the company followed me and Cliff and the other half went to California. He worked there with the Inner City Cultural Center run by Bernard Jackson.”

Despite the distance, the association continued. We did a show together in 1987 called The Gospel Truth which Roquemore and Mickey Stephenson wrote. I produced it with Mary Card, another member of the Detroit contingent. The show played Detroit, Washington, Baltimore, Chicago, and Los Angeles. Jennifer Holliday did the show in Los Angeles. Trumain Hawkins did it in Baltimore and Chicago. It was a wonderful show with contemporary gospel music, but it didn’t make it.

Springer who is now 61 has had his fair share of bad breaks. One of the worst was when he was slapped with a consent decree while producing Eubie. The Attorney General ruled that he had been involved in some financial improprieties and had to pay over $100.000 to several backers, but the sum was eventually reduced to a little under $10,000. He has paid none of it. That wasn’t a happy time. Springer recalls. I got a lot of bad advise.  The lawyer told me it would cost $25,000 to fight. All this was devastating. It stopped me from producing for a while. All kinds of stories went around. I got very depressed.

The Attorney Generals office was extremely unfair. I thought. The problems they cited were technical. They charged that I went over budget on Eubie without informing the investors. I didn’t know I had to. I changed directors; I brought in Billy Wilson  to straighten out the show. He changed costumes. That cost money. In hindsight, it was an error not to fight the stipulation stating that if I produce another show on Broadway, the decree has to be published in the limited partnership papers. I can still fight to get that removed and Im going to pursue that.

Eubie lost money. It grossed $95,000 to $100,000 a week which just about covered the weekly expenses on the show. Eubie was kind of show a producer hates. It’s always in the middle range. You make $3,000 one week. You lose $5.000 the next week. So you keep holding on. The money came in with Bubbling Brown Sugar. That was a good show. With a bad show the issue is clear cut. You close. That kind of show, the kind Eubie was, it just sits there. We got rave reviews in Boston and no one came. I lost money on the tour. I lost a lot of personal money. It wasn’t an expensive show to operate. It cost less than half a million to mount. It just never grossed any real money. Nowadays, a musical has to pull in $350,000 a week to meet operating costs. City of Angels just closed. It was making $300,000 a week; that’s not enough.”

The Attorney General put a crimp in Springers step, but Aretha Franklin stopped him cold. Springer wanted Franklin for a show. Mahalia Sings, the book was written by George Faison. Springer had a long conversation with Franklin in Detroit. We negotiated the contracts in March 1984 and went into production that June. Aretha Franklin was due to arrive one week after the cast. She has a phobia about flying so we offered to bring her to New York in a private railroad car. She wouldn’t come. We lost a lot of money. I sued Aretha in Federal Court and won the case. Actually there were two separate trials. The first established liability and the second one determined the amount of damages. She was found liable. She paid me in the fall of 1990.”

But it was the fiasco with Franklin that caused Springer to retire to his home in New Rochelle in 1984. Aretha Franklin devastated me emotionally and financially. I had 40 people on my payroll. Everyone was distraught. George Faison did the show later with Jennifer Holliday and they toured the country.

I literally sat home. I closed my office in 1985. I didn’t have the drive or desire it takes. I sat home all of 1985 and all of 1986. In 1987, I did the gospel show with Roquemore but it didn’t work. I did some consulting work for the National Black Arts Festival in Atlanta. I considered myself out of the theatre. I looked at a lot of things, but I didn’t see anything.

Are there more opportunities for making it big in the theatre now? “I honestly don’t know. I don’t think it’s easier now than it was 20 or 25 years ago, but it might be a little easier to raise money now. As a group, we’re more affluent. There are more people in position now. We can raise more money inside the community now. Some young black men and women and some black associations might he able to come up with $10,000. Some of them have inherited money. Twenty or thirty years ago, the only thing you inherited from your parents was the bill for burying them. But what you got then may well have had more value than whats inherited now. The next generation is going to he even richer. The ball players now are brighter, more sophisticated than their predecessors. Their money is managed better and in some instances by black managers. When most of these guys retire, they’re going to be millionaires.”

Theatre is in a slump now. How does this bode for black theatre? “There was a slump too in 1974. The Wiz and Bubbling Brown Sugar turned the tide in 1974. Now the right show has to come along. Jelly’s Last Jam is being brought in for $5 million. I don’t know if that will do it.”

Springer is taking a gamble with Lotto, but this time it’s a calculated risk. “With this show I honestly feel that Ive arrived as producer. I had a lot of luck before. Sometimes I was too stupid to know that I wasn’t supposed to be able to do what I was doing. I had a lot of time to read and reflect at home. Now, I’m a much, much better producer than I was 7 or 8 years ago. I made mistakes and took gambles. As a black man, I had to. It wasn’t out there for me. I had to reach for it. Sometimes I didn’t have all the money. Sometimes the ‘show wasn’t really ready. But now I really know’ what my talent is. I can’t act, can’t sing, can’t write, can’t direct, but I know what works, I can put the people together.”

See the complete issue of Routes, A Guide to Black Entertainment April 6, 1992 as PDF.

This issue is part of the 1990 revived Routes magazine in shorter, black and white format.