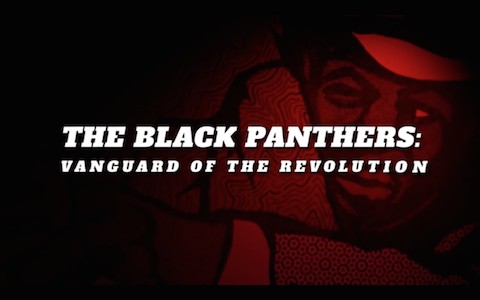 This movie comes at a perfect time as the Black Lives Matter movement seeks to alter the mistreatment of urban police against Blacks and ignite emotions amongst today’s complacent Black citizenry. Here is a movie that helps set the record straight about the late 1960s, early 1970s beret-wearing, radicals who were demonized by the white press. In fact the Panthers saw a problem with the way Blacks were treated 100 years after the end of slavery and took a bold stance against the customary degrading abuse. What began as a local (Oakland, CA) movement to address issues in the community — intimidation meted out by Oakland’s conservative police force — detonated into a national movement. The Oakland Panthers also sought to fill a void in the community by starting a breakfast program for children. Their actions in California inspired disheartened Blacks nationwide, weary of racism and mistreatment, to mirror the movement introduced in Oakland.

What is most fascinating about The Black Panthers is the detailed information into the personas behind the movement, those who have been mythicized and made larger than life — Newton, Cleaver, Seale and Fred Hampton. Nelson’s movie fills in all the gaps of our scant knowledge of the Panthers and helps set the record straight on how adored radical figures were in real life and how the social order of the times led the Panthers and the FBI to clash.

Stanley Nelson and Laurens Grant’s (the producer) movie is a significant examination of an important element of Black history and culture, revealing vital details about the characters — good, bad and maniacal — behind this movement.

The Black Panthers is playing for a limited time at the Film Forum on West Houston Street in the Village. It is a vital historical tool for the old and young.

Odehyah Gough-Israel 5 years ago 19
Do NOT follow this link or you will be banned from the site!